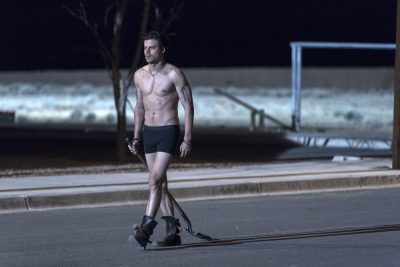 Midnight, Texas is back and as deliciously odd as ever. It should be a good fit in the old Grimm timeslot on Friday night (NBC, 9/8C).

Season two of Midnight, Texas opens with Manfred having nightmares about digging holes in the desert – and the announcement that new hotel is going to be a hotel and spa owned by a couple who use unusual methods to heal their clientele.

In Manfred’s (Francois Arnaud, The Borgias) case, the dreams may not just be dreams and they’re affecting his relationship with Creek (Sarah Ramos). 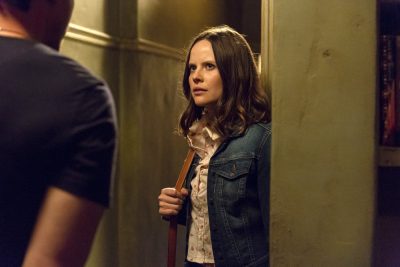 In the case of the hotel, Kai and Patience Lucero (Nestor Carbonell, Sens8, and Jaime Ray Newman, Eureka, The Punisher) may be con artists (Kai’s healing of a man in a wheelchair is kind of a classic con) and Olivia (Arielle Kebbel, Ballers) is not having that.

Besides, their set up is competition for Fiji (Parisa Fitz-Henley, Luke Cage) – whose boyfriend, Bobo (Dylan Bruce, Orphan Black) has opened a bar in a former white supremacist hangout and has unusual overflow customers from the hotel/spa. (Hipsters in Midnight!) 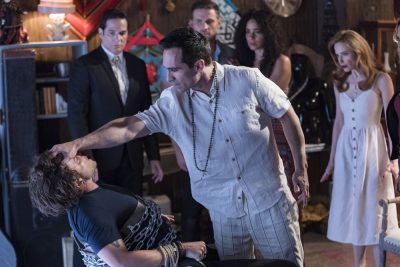 And even Granny Xylda (Joanne Camp, Kennedy, Manhattan) seems to have problems figuring out what ails Manfred.

It’s all circuitous and unsettling – and I haven’t even mentioned cool incidents for Joe (Jason Lewis, Beauty and the Baker) and Bobo. Or the introduction of an unusual and intriguing new character other than the Luceros.

And it’s only the beginning of the season.

Written by Eric Charmelo & Nicole Snyder and directed by Tim Andrews, Head Cases continues the Midnight, Texas story in all its weirdness and fun. 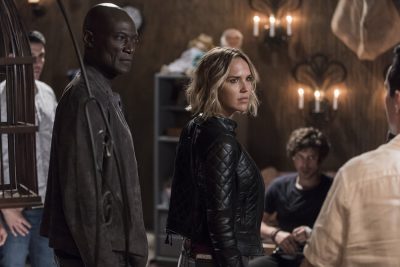 The second season premiere sets the season up with enough twists and cool character beats that it should be able to shine on NBC’s Friday night genre block – the night that gave Grimm six delightfully bizarre seasons.

What with carrying the show from its summer 2017 run to its new, primetime slot, Head Cases has a lot of balls to juggle. Mostly, it gets it right.

Once again, the supernatural stakes out Friday night on NBC.