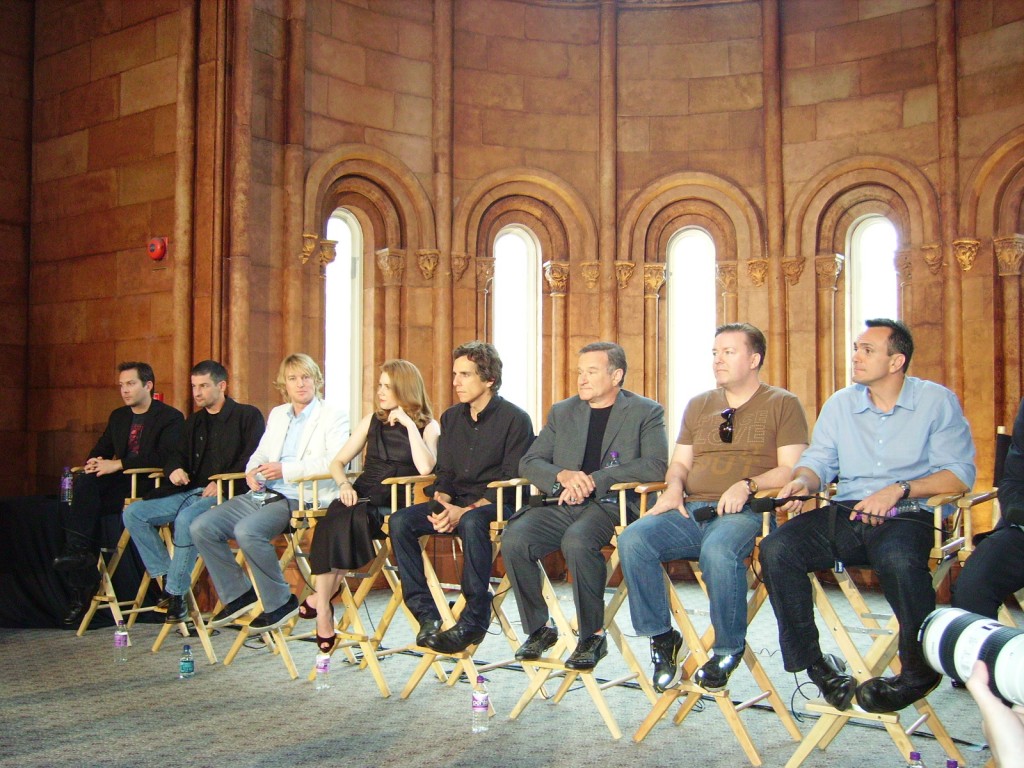 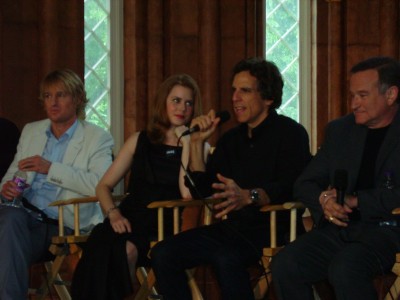 I next asked Adams about her portrayal of Amelia Earhart. She commented that she was really trying to find a heart to a woman who was in a man’s world, at that her characters’ spunkiness and being a foil for Stiller’s Larry really drove that. Levy would later comment that he was surprised to learn that Earhart’s autobiography is titled “For the Fun of It”, and that was a large inspiration for the development of the character.

Levy then talked about what an honor it was to film in the Smithsonian institutions, a first for a movie production. The director laughingly noted that he had of course had to promise to be really, really, really careful, but that the museums’ administration actually embraced the idea. They had seen how the first Night at the Museum feature really rejuvenated interest in visiting that movie’s locale, the Natural History Museum in New York City and wanted to continue that trend. The only caveat was that all filming needed to be done during normal museum operating hours. That meant in all instances, shooting scenes was much more like doing live theater as hundreds of surprised visitors would often watch the production.

While talking with Azaria, an interesting story came up regarding his voice work in the film. Azaria will be physically on screen playing the main villain, an evil pharaoh named Kahmunrah, but you’ll also hear him providing the dialogue for Abraham Lincoln and The Thinker statue. Lincoln, he told me, was definitely the harder one to do because he wanted to give the former president a nice grand, commanding voice, but also wanted it be funny at the same time. Levy added that he never intended to have Azaria provide the vocals for these two characters, and he had only done so as a temporary stand-in while they were filming. However, after production finished and Levy listened to other actors’ work, he just felt no one could top Azaria’s voices and left them in the film. 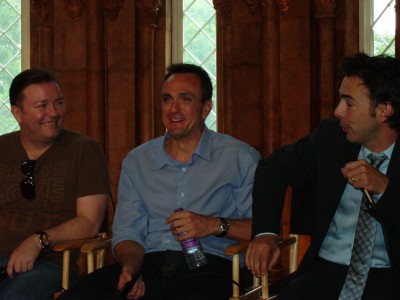 This is a cast you can really tell enjoyed working with each other, and it showed even during the conference, as there were constant bits, jabs and jokes flying around, mostly from Williams and Gervais’ mouths. Gervais wanted audiences to know that some of the best material in the movie had been completely improvised on set, most notably a hilarious standoff scene between Stiller and Azaria.

To close things off, the cast and crew did tease that this may not be the last time these characters find themselves in an adventure, and that there was already talk of perhaps the third film taking place overseas. 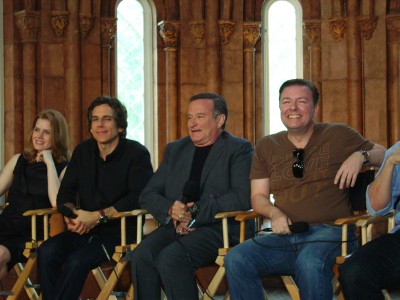 Night at the Museum: Battle for the Smithsonian opens in theaters everywhere Friday, May 22st.

3 thoughts on “MOVIE NEWS: Meet the Cast of Night at the Musem: Battle of the Smithsonian, Hollywood Comes to DC!”