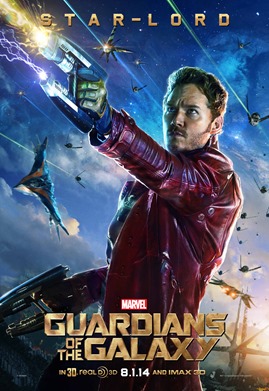 Kidnapped as a child, Peter Quill has had to pretty much make it up as he goes. Con man, thief, the generally likable rogue does not play well with others – unless he absolutely has to.

GUARDIANS OF THE GALAXY