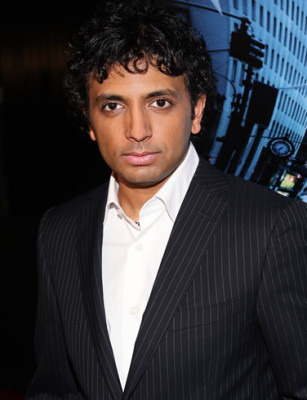 M. Night Shyamalan and TNT are developing a two-hour block of horror and suspense programming that will feature both long and short form tales and will be built around a new Tales from the Crypt series based on the EC horror comics of the 50s.

The horror block is scheduled to premiere in Fall 2016. Follow the jump for further details.

TNT is teaming up with M. Night Shyamalan on a new two-hour block of terror and suspense to be curated by the Oscar®-nominated writer-director (The Sixth Sense, Signs, Unbreakable) and executive producer of the summer’s TV hit, Wayward Pines. The block will feature both short and long-form storytelling, led by Tales from the Crypt, based on the original EC Comics and new stories, all executive-produced by Shyamalan and his partner at Binding Edge Pictures, Ashwin Rajan. The horror block is set to launch in fall 2016.

“This is a new genre for us in our series efforts and a great chance to partner with M. Night Shyamalan, whose blockbuster hit The Visit reminded movie audiences and critics this past summer that he truly is a master of horror,” said Sarah Aubrey, executive vice president of original programming for TNT. “This two-hour horror block demonstrates not only TNT’s commitment to working with today’s top talents, but also our strategy to stand out in today’s marketplace by challenging the conventional rules of programming and scheduling.”

“I couldn’t be more excited to be teaming up with Kevin Reilly, Sarah Aubrey and the entire TNT team in this unique endeavor,” said Shyamalan. “To be part of such a beloved brand like Tales from the Crypt, something I grew up watching, and to also have the chance to push the boundaries of genre television as a whole, is an inspiring opportunity that I can’t wait to dive into.”

TNT’s new horror block marks the latest incarnation of Tales from the Crypt, which originated as a 1950’s EC Comics series created by William Gaines. In addition to Shyamalan and Rajan, James D. Stern (Looper, Freeheld) is executive-producing Tales from the Crypt with his company Endgame Entertainment. Aloris Entertainment’s John Santilli (The English Teacher, Missing William) and Dan McKinnon (Missing William) will also executive-produce. The original comics spawned multiple seasons of the cult classic show for HBO and became a worldwide brand.

TNT will announce the additional series to be featured in the horror block in the coming months.

TNT is basic cable’s #1 network. Seen across multiple platforms in 94 million households, TNT is home to such original drama series as The Last Ship, The Librarians, Major Crimes, Murder in the First, Rizzoli & Isles and the upcoming Animal Kingdom, Good Behavior, The Alienist and Tales from the Crypt. TNT also features the unscripted investigation series Cold Justice and Cold Justice: Sex Cri mes. In addition, TNT is the cable home to popular dramas like Castle, Bones, Supernatural and Grimm; primetime specials, such as the Screen Actors Guild Awards®, the Live Nation Music Awards and the iHeartRadio Music Awards; and championship sports coverage, including the NBA and the NCAA Division I Men’s Basketball Championship.

TNT is part of Turner, a Time Warner company. Turner creates and programs branded news; entertainment; kids and young adult; and sports media environments on television and other platforms for consumers around the world.