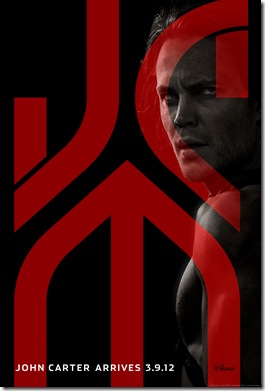 From Academy Award®–winning filmmaker Andrew Stanton comes “John Carter”—a sweeping action?adventure set on the mysterious and exotic planet of Barsoom (Mars). “John Carter” is based on a classic novel by Edgar Rice Burroughs, whose highly imaginative adventures served as inspiration for many filmmakers, both past and present. The film tells the story of war?weary, former military captain John Carter (Taylor Kitsch), who is inexplicably transported to Mars where he becomes reluctantly embroiled in a conflict of epic proportions amongst the inhabitants of the planet, including Tars Tarkas (Willem Dafoe) and the captivating Princess Dejah Thoris (Lynn Collins). In a world on the brink of collapse, Carter rediscovers his humanity when he realizes that the survival of Barsoom and its people rests in his hands.

2012 marks the 100th anniversary of Burroughs’ character John Carter, the original space hero featured in the series, who has thrilled generations with his adventures on Mars.

Over generations, John Carter has become a heroic paradigm across all forms of pop culture. From novels to comic books, artwork to animation, TV and now cinema, the character has inspired some of the most creative minds of the last century.
A fan of the Barsoom series of books since childhood, Academy Award®–winning director/writer Andrew Stanton explains what inspired him to bring “John Carter” to the big screen in his first foray into live action: “I stumbled across these books at the perfect age, I was about ten, and I just fell in love with the concept of a human finding himself on Mars, among amazing creatures in a strange new world. A stranger in a strange land. It was a very romantic aspect of adventure and science fiction. I always thought it would be cool to see this realized on the big screen.

“‘John Carter’ is a big epic adventure with romance and action and political intrigue,” continues Stanton. “Because the subject matter was written so long ago, it was also a bit of an origin of those kinds of stories—a comic book before there were comic books, an adventure story before that became a genre of its own.”

Andrew Stanton directed and co?wrote the screenplay for Disney/Pixar’s WALL?E, which earned the Academy Award® and Golden Globe® for Best Animated Feature (2008). Stanton was nominated for an Oscar® for the screenplay. He made his directorial debut with Disney/Pixar’s “Finding Nemo,” garnering an Academy Award–nomination for Best Original Screenplay and winning the Oscar for Best Animated Feature (2003). Stanton has worked as a screenwriter and/or executive producer on Disney/Pixar’s “Toy Story,” “A Bug’s Life” (which he also co?directed), “Toy Story 2,” “Monsters, Inc.,” “Ratatouille” and “Up.”

Willem Dafoe, who plays Tars Tarkas in the film, comments on working with Stanton, “I worked with Andrew on ‘Finding Nemo.’ And even though you’re doing a voice, he’s incredibly well researched and knows every shot, every process—he’s an incredible multitasker. So when he told me about this project and how it was going to be approached, I was very excited. Because he’s the kind of guy that can handle that. Without any cynicism about the process. He loves this stuff. He loves the story.” 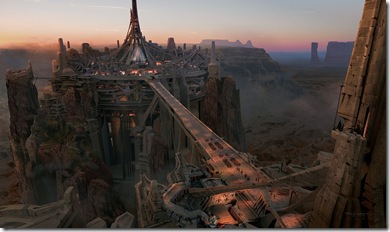