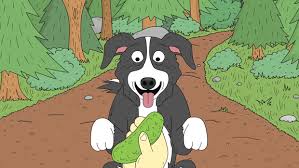 Kaitlyn Robrock is a talented actress with an affinity for voices, and lots of them.  Her voice can be heard on tv, which include “Golan The Insatiable” , “Waiting In The Wings: The Musical”.   On camera roles include “Goldrush” and “Holy Moley”.

Jay Johnston is a comedian who toured with Chicago Second City’s touring company for a number of years.  This Chicago native has graced our tv sets on such shows as “Arrested Development”, “Curb Your Enthusiasm”, “Parks And Recreations”as well as the silver screen with films that include “Anchorman: The Legend of Ron Burgundy” and “Men In Black II”.   He is best known for his work as a writer and cast member on HBO’s “Mr. Show With Bob And David” and as  Officer Jay McPherson on “The Sarah Silverman Program”.   “Mr. Show” was nominated twice for an Emmy Award.

Frank Collison grew up in a theatre family and continued that tradition with over 150 theatrical productions under his belt. He has numerous tv credits, including “My Name Is Earl”, “Carnivale”, “NYPD Blue” to name a few.  His film credits as just as long and include “Hitchcock”, “The Village”, “The Majestic”.  He is best known for his role as Horace Bing on “Dr. Quinn, Medicine Woman” and Wash Hogwallop in “O Brother Where Art Thou?”  Frank is a founding member of Pacific Resident Theatre in Venice, California, which has won over 25 Los Angeles Drama Critics Circle Awards.

How did each of you get involved in Mr. Pickles?

Frank: I was wandering through skid row and …. (laughing) Pretty straight forward, unless you know them or slept with them. You go in and audition and they either like you or don’t like you. That’s pretty much it.

Jay: Frank mentioned how I did it.   I know them. We didn’t technically sleep together but we’ve known each other for a while.

Frank: In the biblical sense Jay?

Jay: No, not in the bibilical sense. (laughing)

Katelyn: I went in to read for another pilot that Adult Swim was getting together. Ultimately, it went a different direction. They went with different people. Walter Neumann who is head of creative development e-mailed me a few weeks later saying, “You need to come in and read for Mr. Pickles.” He heard me at the original pilot reading. So I went there and read for the mother. At the end, they said, “Go ahead and give us your best little boy voice.” So I gave the only one I had in my arsenal. So they said, “We’re picking you for the son.”

All of you have at least two or more characters. What was the process where it was decided who was going to do which character?

Frank: They put the names in a hat.

Katelyn: There are three roles I read for – Mom, stripper, girlfriend. I got Tommy. As each episode comes out, I go out and audition. If I fit that role, I get it. In some character roles, you want you to hold off on since it is a one shot character. Other characters return later down the road. Some days I do Tommy. Sometimes I do Tommy, stripper, and prostitute. It could be anything.

Are there any favorite qualities you like about your characters? Or do you have favorites and why?

Jay: In my case, Mr. Goodman.  It is a lot of fun to deal with his frustration and rage in trying to keep his idealistic family of everyone loving each other and supportive.

Frank: The two main roles I do – Grandpa and Mr. Bojenkins. Grandpa is challenging because he is tortured a lot. They save the screaming until the very end. At the end of the day you are exhausted. Then they say, “Scream like you are pierced with a spear. We want a good range… Now we want a blood curdling scream!” Mr. Bojenkins is a lot of fun because I grew up in the south. I love all dialects, but I especially love black dialects. There’s a whole different syntax.

Jay: Have you ever heard him do rap music? (laughing)

Frank: For me, Mr. Bojenkins.

Katelyn. Tommy, because he’s so happy. His driving force is doing stuff with Dad.   For whatever reason, Dad is otherwise engaged. So Tommy goes out looking for new friends. He has his trusty dog by his side, but he always runs into these unsavory characters. Without even trying, he helps Mr. Pickles in bringing them down. At the end of the day–yay! He’s with Mom and Dad again.

Frank: Tommy is optimistic as his Dad is pessimistic.

Frank: Yes, you have to put on clothes for on-camera stuff (laughter)

Katelyn: When I do on-camera work, a lot of it is facial reading or body language. You’re more relaxed and natural as in real daily life but being watched by a bunch of people.  With voiceover, you can do anything. You need to pinch your face, or touch your shoulders or crouch over or jump to get the kind of exertion you would need. And you can do it in pajamas!

Frank: When I started doing voiceover work, I found I did a lot of the same facial gestures and body stuff. I haven’t done a lot of it, but voiceover is quite strenuous. All three of us say that.

Are you all involved in social media?

Frank: Not much of twitter…  frankcollins.com. And Jay’s number is …

What can Adult Swim fans look forward to?

Jay: A lot of blood, a lot of guts, a lot of violence. 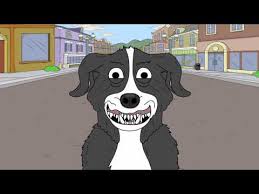 Not for the little ones?

Katelyn: It’s exactly what the boys down the hall in college would watch. Knock on the door.  Here’s your Doritos.  And have a good time.

Frank: As far as the audience is concerned , this is not religious. It has sadist tendencies, along those doctrines.

We were talking about demographics. I have no idea myself. The people that market these things know where it will play best. As far as your question, there will be twists or turns and very unusual strange characters. It’s going to be a lot of fun.

We look forward to the show. 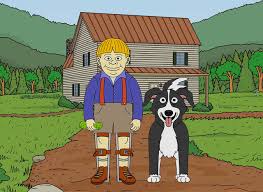 Tune in every Sunday night at 11:30pm on Adult Swim!

Want to reach out to Kaitlyn, Jay, and Frank? They are on social media!