Jason Bourne is the fifth film in the action-spy thriller series, and the fourth to star Matt Damon in the titular role. In this outing, Bourne-the-assassin is in self-inflicted exile where by night he battles post-traumatic stress disorder (which manifests through nightmares replaying previous sins), and by day he battles amateur boxers for cash. His old handler, Nicky Parsons (Julia Stiles) contacts Bourne after learning more information about the partial-amnesiac, specifically about his CIA training and some familial connections.

When Parsons and Bourne meet, it provides opportunities for CIA Director Robert Dewey (Tommy Lee Jones) to close a loophole from his past, and Deputy Director Heather Lee (Alicia Vikander) a chance to prove her worth by capturing an elusive target. In typical fashion, Bourne gets the upper hand and resolves not only to get vengeance for past transgressions against him, but also to help ensure future misdeeds are avoided. 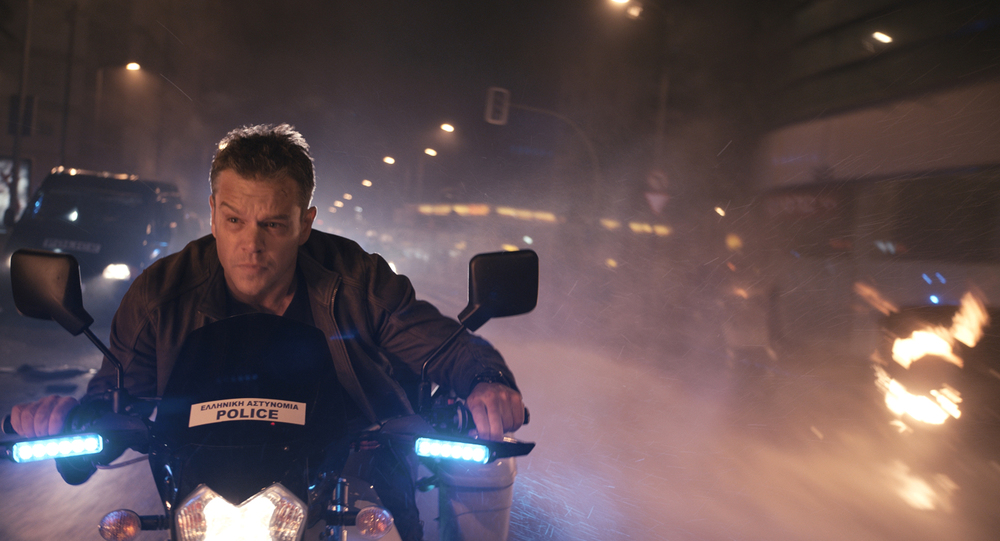 What works in Jason Bourne is Matt Damon. Damon continues to impress as Bourne, having mastered the art of playing calm to exude dominating confidence. With a steely-eyed look, Damon conveys thoughtful calculation which often includes the seven creative ways he’s devised to dispatch the people in front him, using only the basic office supplies in his immediate reach should it come to that. It is a fine performance, albeit one that audiences have come to expect. 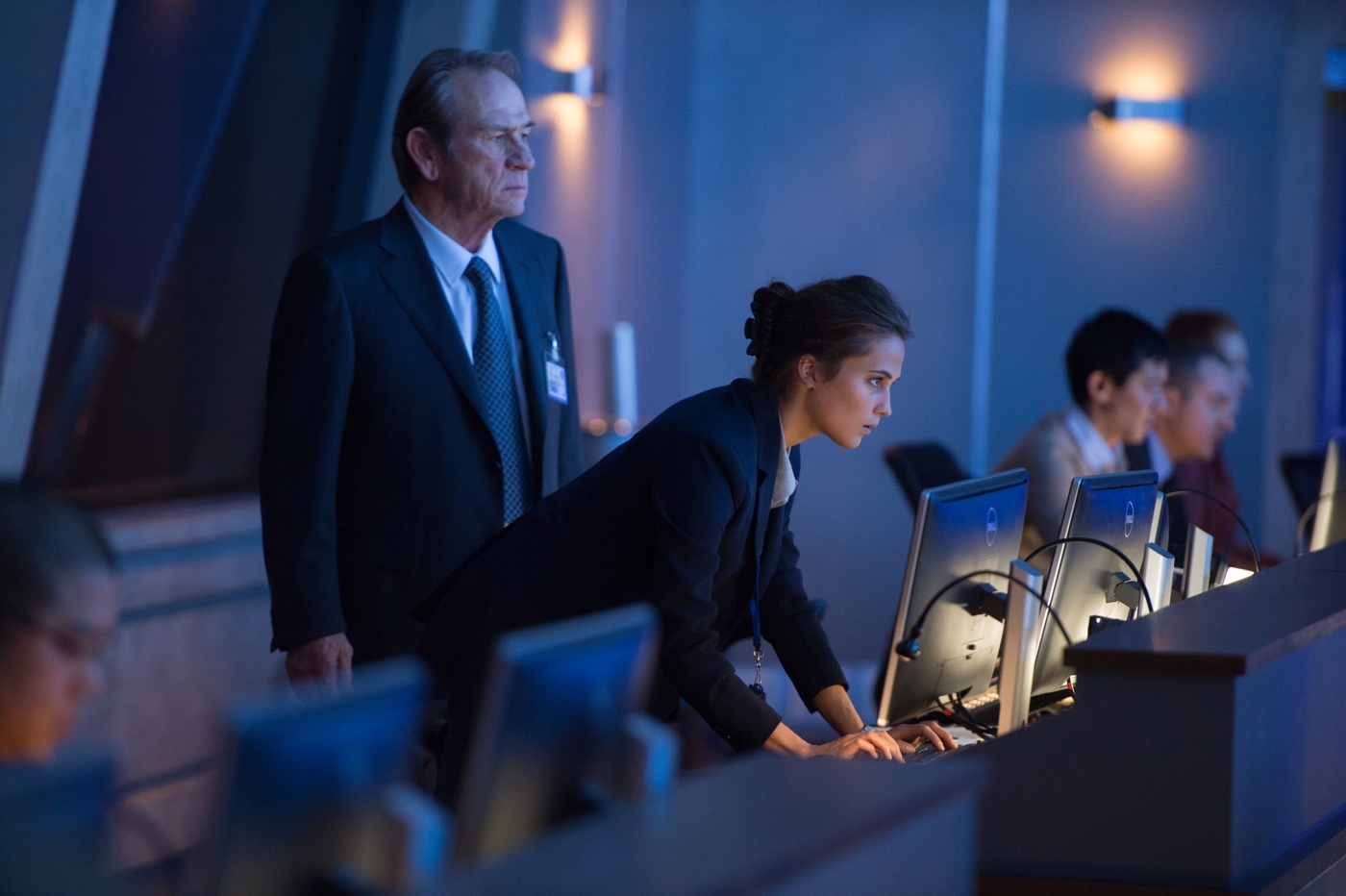 While Jason Bourne has a strong lead in the form of Damon, it suffers from an incredibly plodding, and ultimately pointless script. The first three films in the Bourne series worked by perfectly blending of two suspense sub-genres: mystery and action. In Jason Bourne, director Paul Greengrass (The Bourne Supremacy, The Bourne Ultimatum), tries painfully hard to recreate the formula, but the result is more akin to a paint-by-numbers project with only three colors in the kit, all shades of beige.

Ultimately, Jason Bourne does very little to advance the overall narrative, and thus makes the film devoid of giving audiences any reason to invest in the characters or the action. Bourne’s motivations and reasons for being a part of this ride are like the camerawork—shaky. As such, when the inevitable chase sequences occur, they feel tiresome and redundant, like watching an old dog do the same trick he’s done for years.

Jason Bourne suffers from the cardinal sins of a making an action-suspense-thriller: wasting talent and being boring. Matt Damon tries as hard as he can to salvage his own story, but this entry will inevitably be forgotten and dismissed as a low point in the series as Greengrass unwisely tries to squeeze the old narrative sponge for a few more measly drops instead of working to create something new and fresh.