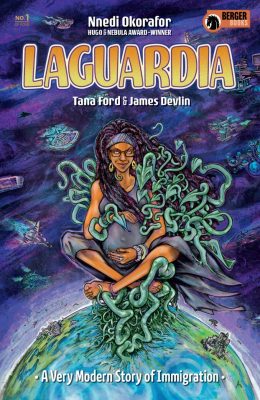 LaGuardia #1 will be in comics shops on December 5th.

There, she and Letme become part of a growing population of mostly African and shape-shifting alien immigrants, battling against interrogation, discrimination and travel bans, as they try to make it in a new land. But, as the birth of her child nears, future begins to change. What dark secret is she hiding?