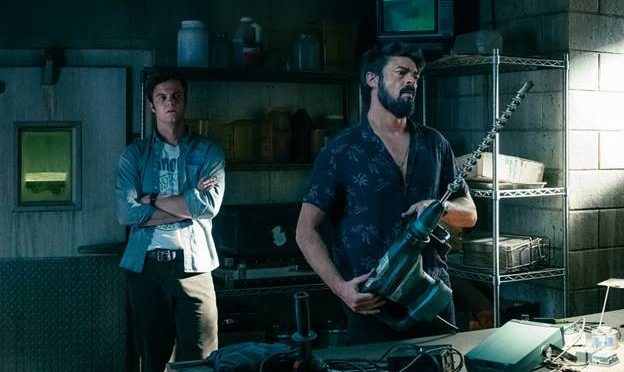 Set in a world where superheroes aren’t always heroic (more like corrupt), The Boys is an organization that takes action when they overstep their bounds.

The Boys premieres on Amazon Prime Video on July 26th.

The uncensored trailer for the anticipated Amazon Original series The Boys was revealed today on Reddit by Garth Ennis, writer and co-creator of the original comic book series. The subversive superhero series will debut July 26 exclusively on Amazon Prime Video in more than 200 countries and territories. The Boys will make its world premiere at the Tribeca Film Festival Monday, April 29.

The Boys is a fun and irreverent take on what happens when superheroes – who are as popular as celebrities, as influential as politicians and as revered as Gods – abuse their superpowers rather than use them for good. It’s the powerless against the super powerful as The Boys embark on a heroic quest to expose the truth about The Seven, and Vought – the multi-billion dollar conglomerate that manages these superheroes and covers up all of their dirty secrets. The Boys are Hughie (Jack Quaid, “The Hunger Games”), Billy Butcher (Karl Urban, “Star Trek”), Mother’s Milk (Laz Alonso, “Detroit”), Frenchie (Tomer Capon, “Hostages”), and The Female (Karen Fukuhara, “Suicide Squad”). Simon Pegg (“Mission: Impossible – Fallout”) guest stars as Hughie’s father.