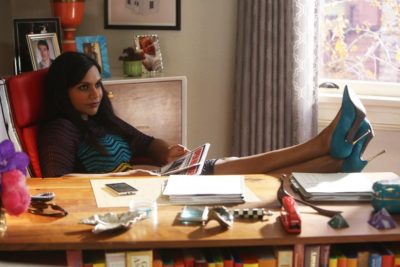 Freeform has acquired all five seasons of The Mindy Project in syndication. The series will make its network debut with a ‘late-night stack’ on Monday, October 3rd (midnight-2 ET) – with a prime time binge on November 2nd starting at 8/7C.

Episodes will be available on the Freeform App on October 3rd and will refresh weekly. For more, read on…

Freeform has acquired all five seasons of “The Mindy Project” from NBC Universal. The comedy will begin airing on Freeform in a late-night stack MONDAY, OCTOBER 3 (12:00 – 2 a.m. EDT), with a special primetime binge on November 2 starting at 8:00 p.m. EDT. Episodes will also be available on the Freeform App on October 3 and will refresh weekly.

“Mindy is the voice of our audience – her dreams, fears, ambitions, obsessions are all ones that our viewers can relate to,” said Tom Ascheim, president, Freeform.  “Her bold, strong, confident and funny take on everything from her career to dating and dressing belong on Freeform.”

Season five of “The Mindy Project” will return with all-new episodes on October 4 on Hulu. The series will celebrate its 100th episode this season.