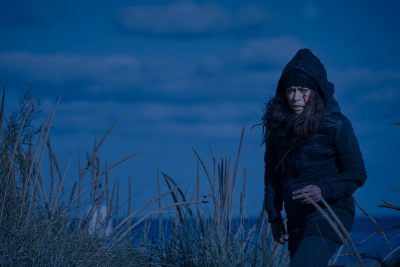 After four brilliant, demanding seasons in which its creators never underestimated the intelligence of its audience, Orphan Black returns on Saturday, June 10th (10/9C) with the final chapter to the story of Sarah Manning and her clone sestras.

BBC America has just released a set of first look photos and they are as intriguing as you might expect. Double click to embiggen.

This season, the walls close in on Sarah when nearly all her sestras and their allies are brought to heel by Rachel. Even more harrowing is that her daughter Kira has joined them. With the threat of Neolution having carte blanche access to clone biology, Sarah is desperate to gain control, but realizes she must change tactics to pursue a long game. Protecting both her families, and the host of clones she’s yet to meet, Sarah and those still fighting the fight will uncover the missing pieces of the insidious conspiracy – and finally learn the story behind their origin. Despite the great risk, the fight of her life will either set her and her sestras free, or see them meet their end…

This Thursday, Emmy®-winner Tatiana Maslany along with the full cast and co-creators of the Peabody Award-winning series will appear together for the first time at 2017’s PaleyFest LA, which is part of BBCA’s farewell to the groundbreaking series.

Orphan Black is produced by Temple Street, a division of Boat Rocker Studios, in association with BBC AMERICA and Bell Media’s SPACE.

Seasons 1-4 of Orphan Black are now available on the BBC AMERICA App and Amazon Prime.