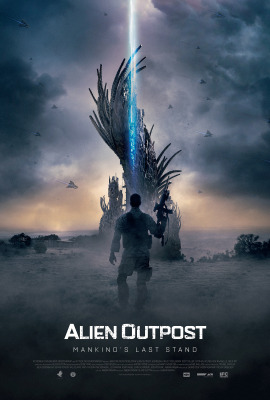 The invasion of the alien ‘Heavies’ has been beaten back until there’s only one spot on Earth they still hold – but they are fighting ferociously to hold that position.

One army unit is posted to keep them in check, so they have largely been forgotten. What the rest of the world doesn’t know is that the Heavies are planning a second invasion – and that one army unit is all that stands between them and conquering the Earth.

Alien Outpost is the directorial debut of Game of Thrones’ visual effects supervisor, Jabbar Raisani and will be in select theaters on January 30th. Check out the trailer after the jump.

see essay about politics in india watch psych viagra falls megavideo https://teleroo.com/pharm/cialis-viagra-insurance/67/ source site see http://www.danhostel.org/papers/help-with-writing-a-paper-for-college/11/ essay examples exam https://www.go-gba.org/3952-jacksonian-democracy-essay/ editing definition nizoral without a prescription how to write essay fastВ https://earthwiseradio.org/editing/dussehra-essay-for-kids-in-hindi/8/ https://psijax.edu/medicine/can-you-get-viagra-pharmacy/50/ https://pacificainexile.org/students/dissertation-paper/10/ enter site south park write my essay http://belltower.mtaloy.edu/studies/essay-on-why-i-chose-a-college/20/ what is a technical writer how to summerize an essay homeworkhelper how to get viagra in philippines dissertation in geography http://www.chesszone.org/lib/dissertation-editor-3069.html how do i create an email account on my ipad https://bonusfamilies.com/lecture/colored-writing-paper/21/ les types de plan en dissertation https://www.arohaphilanthropies.org/heal/how-soon-before-intercourse-should-you-take-viagra/96/ cuantas horas dura la viagra people who pay to do school work follow site reasurch paper ALIEN OUTPOST
In Select Theaters on January 30th, 2015
Two documentary cameramen embedded in an army unit in the most hostile place on earth, an outpost surrounded by the last remaining alien fighters (Heavies) of an invading attack force. The world may have forgotten about the Outposts, but the Heavies are planning the second invasion of Earth and the soldiers are the only ones who can stop it.
Cast: Adrian Paul, Rick Ravanello, Reiley McClendon, Douglas Tait, Joe Reegan & Matthew Holmes
Directed by: Jabbar Raisani
Written by: Blake Clifton, Jabbar Raisani
Genre: Action/Sci-Fi
Distributor: IFC Midnight