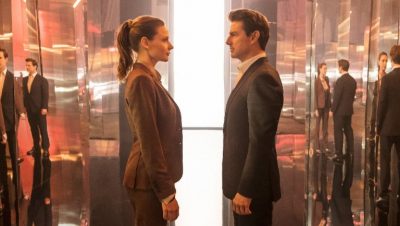 After the times his country has betrayed him; disavowed him; cast him aside – how long before a man like that has had enough?

Rebecca Ferguson returns in Mission: Impossible – Fallout to give Tom Cruise’s Ethan Hunt someone to keep him on his toes.

Mission: Impossible – Fallout will be in theaters on June 27th.