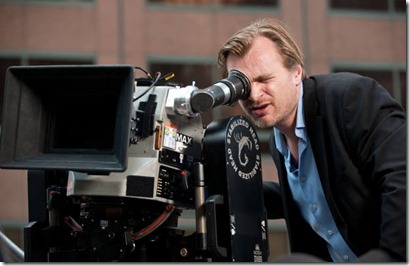 Directed and co-written by Christopher Nolan (“Inception,” “The Dark Knight” Trilogy), the production will travel the globe and utilize a mixture of 35mm anamorphic and IMAX film photography to bring to the screen a script based on the combination of an original idea by Nolan and an existing script by Jonathan Nolan, originally developed for Paramount Pictures and producer Lynda Obst.  The new script chronicles the adventures of a group of explorers who make use of a newly discovered wormhole to surpass the limitations on human space travel and conquer the vast distances involved in an interstellar voyage.

The film is being produced by Academy Award® nominee Emma Thomas (“Inception,” “The Dark Knight” Trilogy) and Lynda Obst (“How to Lose a Guy in 10 Days,” “The Siege”).  Renowned theoretical physicist Kip Thorne is consulting on the film as well as serving as executive producer, along withJake Myers (“Jack Reacher,” “RED,” “RED 2”) and Jordan Goldberg (“Inception,” “The Dark Knight” Trilogy).

Warner Bros. Pictures meets worldwide tastes and demands with a diverse mix of filmed entertainment and is a global leader in the marketing and distribution of feature films.  The International Division operates offices in 24 countries and releases films in over 125 international territories, either directly to theaters or in conjunction with partner companies and co-ventures.  Internationally, the Studio has been the market leader in six of the last 13 years, having surpassed $1 billion in grosses a total of 15 years, 12 of which were consecutive years, and crossed $2 billion five times, including 2004, 2007, 2010, 2011 and 2012.