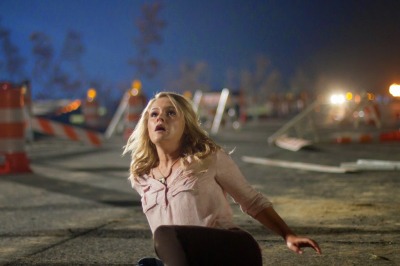 LEFT BEHIND, a film directed by Vic Armstrong and based on the New York times bestselling novel, opens in theatres today.  Chaos occurs as people disappear. Airline pilot Ray Steele (Nicholas Cage) struggles to maintain the safety of the passengers on his plane while his daughter Chloe (Cassi Thomson), must find her brother and mother (Lea Thomson), who have both vanished.  She risks her life to reunite with her family and to help save her father’s life. I had the opportunity to speak with the talented Cassi Thomson about her role and LEFT BEHIND. 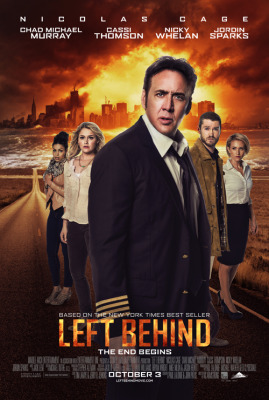 Australian born actress Cassi Thomson started her acting career at the age of 11 in commercials.   Her breakout role was at age 15 where she played Cara Lynn on  HBO’s “Big Love”.  She has made a name for herself in many guest starring roles on series such as  CSI: WITHOUT A TRACE, ER, HAWTHORNE & many more.  Most recently she had a recurring role on the last two seasons of ABC Family’s “Switched At Birth” as Nikki Papagus.  When she’s not acting, she horse back rides weekly and enjoys spending time with her yellow labrador retriever Tucker . 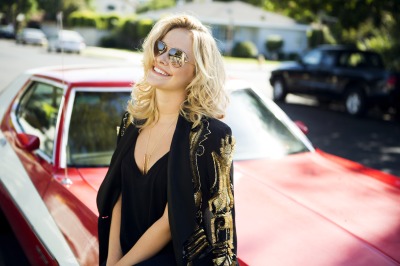 Can you tell us about Chloe Steele?

Cassi:  She is Rayford Steele’s daughter played by Nicholas Cage. Chloe is a lot of fun because she is very strong, very independent. In many movies, females are the damsel in distress and has to be rescued but Chloe is the opposite. She rescues herself and saves people around her. She is the heroine of the show. It is fun for me because it was very freeing in a way to bring someone like that to life.

How did you get involved in LEFT BEHIND?

Cassi:  I was visiting family in Indiana last summer and I got the opportunity in August. I was out of town so I put the audition on tape instead of going in the room with the producer and director. I sent the tape to my agency and they passed it on. I was cast without meeting the producers and the director. They were very short on time in casting Chloe. They were already filming. It was all very last minute. I then travelled from Indiana to Baton Rouge to start filming.

Cassi:  It’s a crazy story. Nothing like that has happened to me before.

Is all the filming in Louisiana?

Cassi:  I’m pretty sure it is all filmed in Louisiana. We were all out there in August in Baton Rouge. I had all exteriors in the film so I was in the heat with the crew almost every day.

Did you read through the book series when preparing for the role?

Cassi:  Because I literally flew a couple days after I booked it, there was no time for me to read the books. I hadn’t read the books previous to booking. I read the script a lot and I talked with the producers and director and read up on Chloe online. I read how they perceived her and me try to shape as best as I could. It’s really important to an actor that when you take a character from a book series that already has fans and is loved so greatly, you want to do that character justice.   You want to make people happy with what you’ve done. Hopefully we’ve done that. I hope people enjoy it.

This movie is based on religious elements of the Rapture.  Compared to other films or tv shows that revolve around the Rapture, what makes LEFT BEHIND stand out?

Cassi:  It does have that religious element, but it is a movie that everyone can come and enjoy which sets us apart. The producers did not want to create a movie that only people with Christian beliefs can enjoy. They wanted people from all walks of life to come and see it and without that preachy element which turns off a lot of people that aren’t of Christian faith. We didn’t want to do that. We wanted everyone to see it and love the action sequences. There’s something in it for everyone which sets us apart from religiously based movies. I think we did it. 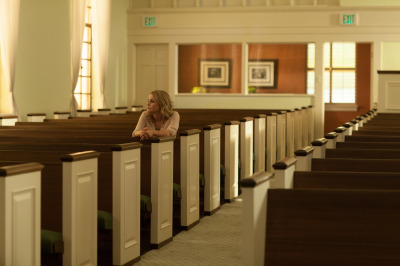 Cassi:  I’ve been lucky in my young career to work with great people and productions. I’ve done a lot of tv and have done quite a bit of film. It’s weird how different they are, because they really are completely different. TV is really fast and everything goes quickly. In film, you take your time and you get to immerse yourself in the character for 4 to 5 weeks you are there. In a series, you are playing someone week after week after week. There is something freeing about being on a movie set that’s fun for me.

I prefer the schedule of movies. You are a part of this summer camp thing. It really is a piece of history from my past I can look on. It was really unique and amazing working with Nicolas Cafe. It was educational and inspirational. He’s definitely an icon and a legend. To work with someone like that was amazing.

You said Nicolas Cage is an icon to you.

Cassi:  He’s an icon worldwide. He’s a success for a reason. Getting to know him and working with him shows that reason very quickly.

What is the one thing that drew you to acting at such a young age?

Cassi:  My sister is the one who originally wanted to be an actor. I was 11 years old when I started. I didn’t know what I wanted to be or wanted to do. She was really passionate about acting. I thought, okay, maybe I’ll try that. So I went along with what she was doing. I ended up really falling in love with it and she ended up not really loving it. She kind of faded out of it.   It’s funny how it worked out. I owe it to her.

You are a singer too. Do you still sing?

Cassi:  Every now and then. Currently I’m not working on any music or writing . I can sing for roles. Singing is a tool for me. It is not that I’m not passionate about it. I just love what I do in the acting field. It is very difficult to do both well. I do keep myself tuned up for an audition if I have to sing.

Do you have upcoming projects?

Cassi:  I do. I just finished filming “The Sunday Horse” with Vic Armstrong.  It’s based on a true story of a woman named Debi Walden. It’s a really inspirational story. She was brought to life by Nikki Reed from the Twilight Saga. It takes you inside the world of racehorse jumping. I’m a horseback rider, so I did all my own riding. The other people in it are Ryan Merriman, William Shatner, Ving Rhames …   It was a really good project.  It should be coming out next year sometime. That’s another movie people should enjoy.

What can moviegoers look forward to when LEFT BEHIND hits theatres?

Cassi:  Everyone can come in and enjoy it. That is why we make movies–to entertain people. I hope we did that here. It is an action film if you like action movies. It does have heart behind it and it is character driven. It is written very well. You kind of fall in love with these characters. It’s good to see them grow so much over a short time. This movie takes place in a 24 hour period. It’s one day you spend with these characters. You learn so much about them. So much happens in a short time of time. I hope people enjoy and love it. 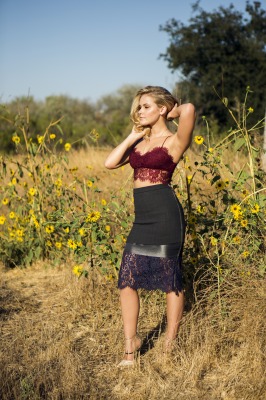 The end begins.  Check out LEFT BEHIND which is out in theatres today, October 3, 2014!

Want to get social with Cassi?  She’s on social media!