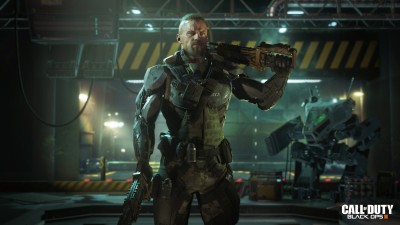 Ok, it didn’t literally blow up the PS4 Network, but in no surprise to anyone, it seems like everyone, but me (how did I sleep on this?) played the heck out of the Call of Duty: Black Ops III Multiplayer Beta, which began on August 19 and ran through August 23, has become the largest beta in PlayStation®4 (PS4™) history. Millions of gamers downloaded and played the beta, which provided critical feedback and technical data at scale for the Treyarch development team to further fine-tune and polish in preparation for the November 6 launch of Call of Duty: Black Ops III.

“This is about making sure we deliver to our fans the best possible game at launch,” said Rob Kostich, senior vice president and general manager of Call of Duty®, Activision Publishing. “Becoming the biggest beta on PS4 speaks to the excitement felt by gamers and the quality of work by Treyarch. And remember, this beta is just a fraction of the overall multiplayer experience and a portion of what’s coming on November 6 when the full game – spanning campaign, multiplayer and Zombies hits worldwide.”

“We’ve been looking forward to getting the game into the hands of the people that matter most – the fans,” said Mark Lamia, studio head of Treyarch. “We can’t thank them all enough for participating and providing us with invaluable feedback and data that Treyarch is already hard at work incorporating into the game for launch. Our goal is to deliver the best Day One experience possible and this beta – along with the input from our passionate community of fans – has helped position us to do just that.”