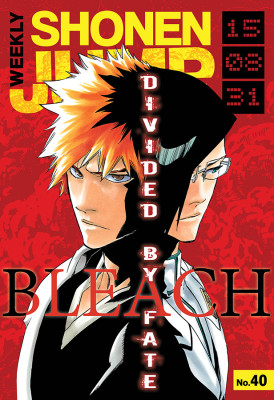 The English language digital edition of the magazine is published simultaneously the print version in Japan. Follow the jump for details.

August 31st, 2015 – New York, NY – VIZ Media, comiXology and Amazon announced today the debut of Weekly Shonen Jump across the comiXology platform as well as Amazon’s Kindle Store. The English language digital manga magazine comes out weekly and is published simultaneously with the print version in Japan. This debut gives comiXology and Kindle fans a taste of the latest manga from Japan, on the same day, now accessible to English speakers across North America, the U.K., Ireland, South Africa, Australia, and New Zealand.

“Weekly Shonen Jump is a fan favorite magazine where emerging and long-running hit manga series are shown to the world first,” says Andy Nakatani, Editor-In-Chief of Weekly Shonen Jump, “We’re excited to expand the readership of this magazine to the comiXology and Kindle audience.”

“It’s amazing we live in an age where it’s possible for fans to read manga in English the same day as appears in Japan,” said Chip Mosher, comiXology VP of Communications & Marketing, “This is why we’re thrilled to share Weekly Shonen Jump on comiXology and Kindle as we’re now able to give fans access to the latest and greatest manga around.”

The Kindle Store gives readers access to millions of books on the most popular devices and platforms, including Fire tablets, Kindle e-readers, iOS, Android and more.

With over 75,000 comics, graphic novels and manga from more than 75 publishers, comiXology offers the widest selection of digital comics in the world. ComiXology’s immense catalog and cinematic Guided View reading experience make it the best digital platform for comics worldwide.

About comiXology
ComiXology, an Amazon.com, Inc. subsidiary (NASDAQ:AMZN), has revolutionized the comic book and graphic novel industry by delivering a cloud-based digital comics platform that makes discovering, buying, and reading comics more fun than ever before. ComiXology’s Guided View reading technology transforms the comic book medium into an immersive and cinematic experience, helping comiXology become a top ten grossing iPad app in 2011 and 2012 and the top grossing non-game iPad app in 2012 and 2013. Offering the broadest library of comic book content from over 75 publishers – and independent creators as well – comiXology will not stop until everyone on the face of the planet has become a comic book fan. ComiXology is based in New York City, with operations in Seattle, Los Angeles and Paris. For more information visit www.comixology.com.