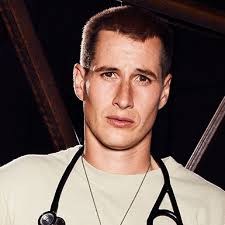 Since then, he has been on “CSI: Miami”, “Bones”, “Samurai Girl”, and “Nikita” as well as “X-Men: First Class”, “Biker Boyz”, “Final Destination”, and “Cutting Edge 4”. His latest tv show revolves around life in the night shift of the physicians at San Antonio Memorial.

It debuted on Tuesday, May 28, 2014, drawing in 7.8 million viewers, dubbing it NBC’s highest summer drama series debut in 5 years.  Brendan joins us today to tell us about his latest role on “Night Shift”. 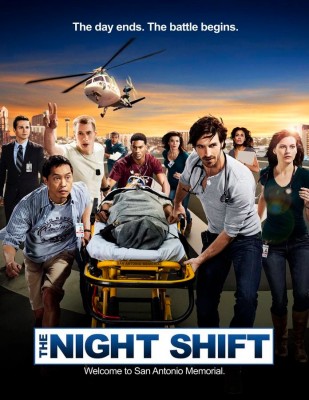 Brendan:  I’m glad you’ve enjoyed it!  You have 42 minutes to tell a story. We have our medical advisors on set. We try to make it as accurate as possible. There are so many different factors involved . . . So I’m very happy!

As one of my friends who was also an ER doctor and in the military said, there are things in the field you would never see in an ER here in the US.  It is totally different.

Brendan:  That’s one of those things I read a lot of about and wanted to focus on.  It is more on TC’s character and his experience. Reading up on the military, you don’t have all the tools over there. A lot of times you are saving lives or being shot at on the battlefield. Again, it is a different approach but it is always the same mindset. What do I have to do to save this life? That aspect is really interesting for Drew. You have to adapt to where you are. You can’t go do the things you can do oversees in the ER–the equipment and the resources… There is also an attitude and it is a different protocol so it’s finding a balance available in these characters.

Tell us more about the show and little more about your character Drew.

Brendan:  There is really not too much more to be told about the show without giving away the next episode. The show is about this group of people working the night shift at this hospital. It is a trauma one center and they get the coolest of the cool. The doctors like to see interesting cases and stuff they’ve never worked on before and different injuries. It is all a learning process. They get to fulfill that part of their job. They are adrenalin junkies. They are trying to recreate that, at least my character & TC’s. They can in some shape or form. They love the military, especially my character.   That’s what he wants to be a part of.

He likes the brotherhood, and just everything it stands for.  He wants to be the guy that you can rely on, that’s going to be there to help them, to save them, to suture them up. This is kind of the best case scenario in terms of recreating that part of himself instead of going oversees. This is a bunch of people who find this common bond as different as they all are, and they find that in the ER.  Their single objective of different cases and saving people’s lives, and patching them all up creates this camaraderie that is really kind of special.

Definitely, there is camaraderie in the night shift.

Brendan:  That’s the thing that the writers focused on too. We got along really well. We wanted to mimic, in a way, the brotherhood of the military. There is a certain amount of competition that arrives when the interns come in. Take a look at something like “Grey’s Anatomy” where newbies weren’t necessarily equivalent and they were made to feel like they didn’t get to sit at the break room or whatever else.   While in ours, they are hazed and certainly the butt of the jokes, but there is also a camaraderie.

I think because of the fact that military influence of “you’re only as strong as your weakest link”, everybody has to be on the same page and you’re going in as a team. That is kind of the feel that we want in this ER in the night shift. 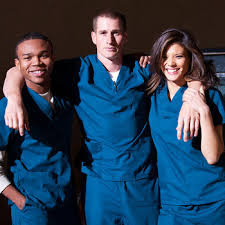 I definitely got that by watching. You can see the chemistry between the characters. Speaking of characters, you’ve played a lot of different things. On Roswell, you played an alien; on Cutting Edge 4 an ice skater; you were on CSI: Miami …  As far as preparing for the role of Drew, how did you prepare for it?

Brendan:  I read a lot of memoirs,  go through your basic research. Sheldon was our tech on set. She was going to tell me how to say this word, scalpel, what I’m doing, what I’m pulling out, what I’m putting together. I kind of focused more on the attitude of doctors and military medics, army medics in particular. In terms of what they thought about, their thought process, what are the things they experienced, how do they react to those things just in terms of integrity of these people. In general, that’s across the board in terms of whether you are Army, Navy.

These army medics, what they do, they put their lives on the line.  They go out to save a life under a line of fire to constantly throw themselves into the thick of things.  The things they saw- limbs, faces blowing off…

They saw the worst of the worst because they were the guys that everyone else called in to help the fallen soldiers. I was trying to get in the headspace of that. What type of person does it take to do that and how does it affect you. There was a lot of reading to do and you certainly talk to people.

Is your character based on a real person?

Brendan:  Not so much. They talked to a guy about it a little bit.  Not too much for me. It is bunch of different people that Jeff Judah had in mind. I think a combination of about 2 or 3 people.  I remember talking to this one guy. He was a medic in the army. You asked about one thing, and his face just changed and you could tell there was something inside his head; you could see in his eyes. That was so real to him that imprinted on him on his brain, his heart, his soul, so powerful.  With the military aspect, as much fun as we have with that, we definitely try to honor that to the best of our ability.  Because the sacrifices these men did are so huge, I don’t think you can wrap your brain around it unless you are over there. We do our best to try to honor that to the best of our ability.

Thank you for doing that for honoring what they do, because it is a hard job, and you are doing great with that. TC is based on a real ER doctor?

Brendan:  Yes, TC is based on a real ER doctor in Atlanta. 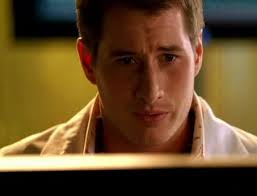 These are based on a lot of events that happened in real life.

Brendan:   Yes, all of these medical stuff are based in real life. All these things are real stories from the doctor who is one of the writers from Cedars Sinai. He brings a lot of cases that he sees and they made stories out of those. TC, the character is based off of, brought a lot of history and his past and stories from his past pranks he pulled, like the limo prank in the pilot. That is one that he actually pulled off.

Brendan:   Yes. This is all based on true stuff. We certainly jam packed it into 42 minutes. That is television for you. Audience goes along with this great ride. It’s pretty powerful. 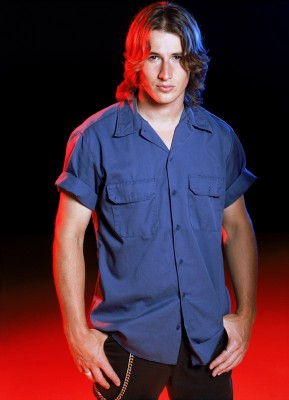 How do you use your hair to define a character and is there a possibility of a Roswell movie in the future?

Brendan:   In terms of hairstyle, that goes along with wardrobe as well. If you walked in a suit wearing shorts and a polo, the costume will inform a lot of the way you walk and talk and everything and that goes for hair and makeup. This one for me was kind of a no brainer. Sometimes the obvious choice is the right one.

For military working in the ER… He’s a practical common sense type of guy. If I had long hair, I think my performance could change a little bit. It is interesting how it kind of affects it. You don’t even quite realize it. I think it is important. Again I’ve had many hairstyles over the course of time, some not so good. That’s all part of it.

As far as a Roswell movie? I have no idea. We are having a reunion though at Austin Television Festival celebrating 15th anniversary of Roswell. We are going to have a panel, Jason Katims will be there, myself, Majandra Delfino, Nick Wechsler, Shiri Appleby, and, I think that’s it. It’s going to be a lot of fun getting a lot of the gang back together and having a good time.

Yes, that was a great show. I used to watch that show. See, I love all the stuff you do! I’m a big fan!

Thank you again for doing such a good job portraying this character. I look forward to more episodes of “Night Shift”!

Brendan:  Thank you very much. I hope you enjoy the next episode!

You can catch “Night Shift” at 10/9c every Tuesday night on NBC.  Where the day ends and the battle begins.