Entertainment News for The Rest of Us
dfreedman
JustSeenIt, Television, TV Reviews 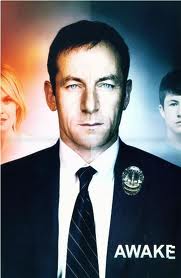