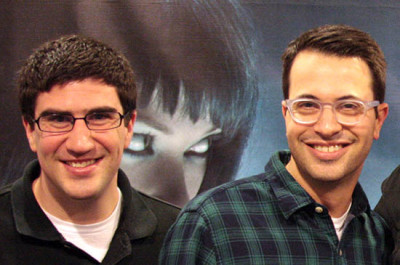 ABC Family has announced the straight to series order for horror series Dead of Summer – the latest addition of original scripted series that will premiere in 2016 under the network’s rebranding as Freeform.

Dead of Summer is, basically, the tale of what happens when summer camp goes really, really wrong. The series was created by Once Upon a Time’s Adam Horowitz and Edward Kitsis, who will executive produce along with Ian Goldberg. Further details await on the other side of the jump.

Burbank, CA (November 18, 2015) – ABC Family continues to grow the original-programming slate that will premiere under the new Freeform banner in 2016. Network has given a straight-to-series order based on a multiple-script commitment and penalty to horror tale “Dead of Summer” from the dream team of Adam Horowitz & Edward Kitsis, along with “Once Upon a Time” writer Ian Goldberg. It was announced today by Karey Burke, Executive Vice President, Programming and Development, ABC Family. ABC Family is becoming Freeform in January 2016.

“’Dead of Summer’ is about what happens when summer camp goes wrong – really, really wrong. The horror genre is new for us and I’m thrilled to have Adam, Eddy and Ian bring their immeasurable talent to our network and usher us into this new space,” said Burke.

Set in the late 1980s, school is out for the summer, and a sun-drenched season of firsts beckons the counselors at Camp Clearwater, a seemingly idyllic Midwestern summer camp, including first loves, first kisses – and first kills. Clearwater’s dark, ancient mythology awakens, and what was supposed to be a summer of fun soon turns into one of unforgettable scares and evil at every turn. Part coming-of-age story, part supernatural horror story, “Dead of Summer” is a bold, new series that mixes genres as it examines the light and dark of a summer like no other.

“Dead of Summer” will be produced by ABC Signature Studios and Kitsis/Horowitz. Adam Horowitz, Edward Kitsis (“Lost,” “Once Upon A Time”) and Ian Goldberg (“Once Upon a Time,” “Criminal Minds: Suspect Behavior”) will write and executive-produce the series.

Part of the Disney|ABC Television Group, ABC Family (to be renamed Freeform in January 2016) is distributed in 94 million homes. The network entertains and connects to audiences with bold, relatable programming that celebrates the epic adventure of becoming an adult, from first kiss to first kid. The programming is a combination of network-defining original series and original movies, quality acquired series and blockbuster theatricals. “WATCH ABC Family” (also to be renamed Freeform in January 2016) is an authenticated service which allows viewers with participating TV subscription services access to 24/7 live viewing of the network, as well as continued on-demand access to such popular series at home and on-the-go via a wide array of devices. The network is also the destination for annual holiday events with “13 Nights of Halloween” and “25 Days of Christmas.”