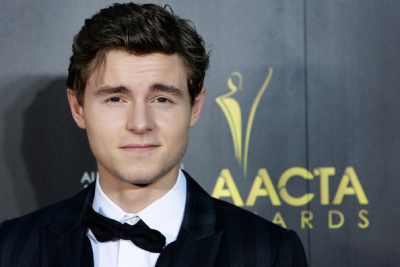 ABC Family’s supernatural pilot Beyond begins production next week in Vancouver, British Columbia. Beyond was created by Adam Nussdorf (Once Upon a Time in Wonderland) who will executive produce along with Tim Kring, Zak Kadison, Justin Levy and Brian Kavanaugh-Jones

The drama which follows a young who wakes up from a 12-year coma with supernatural abilities has cast Callan McAuliffe as the lead character, Holden – emotionally a teenager, physically an adult and completely at sea with his newfound abilities.

Jordan Calloway (Recovery Road) plays Holden’s best friend, Kevin;  Dilan Gwyn (DaVinci’s Demons) stars as Willa, the woman who warns Holden he’s in danger; Romy Rosemont (Glee) is Holden’s mother, who never gave up on him; Michael McGrady (Ray Donovan) costars as Holden’s withdrawn father, Tom, and Burkely Duffield (The Tomorrow People) is Tom younger brother, who suddenly finds himself  having to be the big brother to the lost Holden.

Burbank, CA (June 23, 2015) – ABC Family announces the cast of “Beyond,” as the pilot gears up to start production next week in Vancouver, BC.

“Beyond” is a one-hour drama about a young man who wakes up from a coma after 12 years and discovers new supernatural abilities that propel him into the middle of a dangerous conspiracy. From Imperative Entertainment and Automatik, “Beyond” is created, written and executive-produced by Adam Nussdorf (“Once Upon a Time in Wonderland”). Tim Kring (“Heroes”), Zak Kadison, Justin Levy and Brian Kavanaugh-Jones will serve as Executive Producers.

Callan McAuliffe (“Homeland,” “The Great Gatsby”) leads the series as Holden, who wakes up in a hospital not realizing he’s been in a coma for 12 years – emotionally still a teenager, physically an adult, and possibly in possession of supernatural powers. Jordan Calloway (“Switched at Birth,” “Recovery Road”) portrays Holden’s childhood best friend, Kevin, now a therapist, who is haunted by guilt after the incident that put Holden in a coma. Dilan Gwyn (“DaVinci’s Demons”) stars as Willa, a beautiful woman who appears to be interested in Holden and who warns him he is in great danger.  Romy Rosemont (“Glee,” “The Fosters”) plays Holden’s mother, Diane, who has refused to give up on Holden throughout his coma and now is determined to protect him. Michael McGrady (“Ray Donovan”) costars as Holden’s father, Tom, who is emotionally withdrawn after his son’s ordeal and defers to his wife, Diane. Burkely Duffield (“The Tomorrow People”) rounds out the cast as Holden’s clever younger brother, Luke, who grew up in the shadow of his brother’s tragedy and is now faced with a brother who knows less about the world than he does.

Part of the Disney/ABC Television Group, ABC Family is distributed in 94 million homes. ABC Family entertains and connects to audiences with bold, relatable programming that celebrates the epic adventure of becoming an adult, from first kiss to first kid. ABC Family’s programming is a combination of network-defining original series and original movies, quality acquired series and blockbuster theatricals. “WATCH ABC Family” is an authenticated service which allows viewers with participating TV subscription services access to 24/7 live viewing of the network, as well as continued on-demand access to such popular series at home and on the go via a wide array of devices. ABC Family is also the destination for annual Holiday events with “13 Nights of Halloween” and “25 Days of Christmas.”