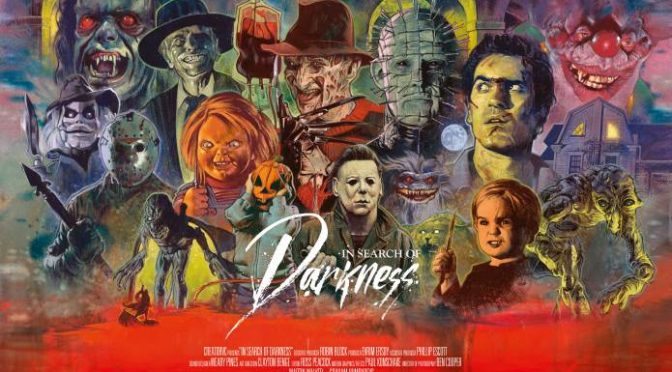 After being successfully crowdfunded, horror documentary In Search of Darkness: The Definitive ’80s Horror Documentary will have its world premiere at BeyondFest 2019 on October 6th at the Egyptian Theater in Los Angeles. 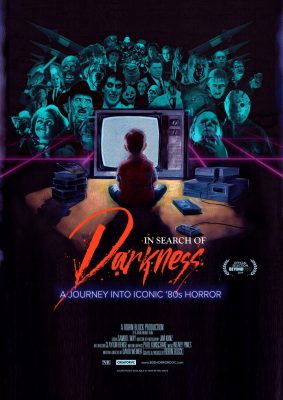 Nearly a year after launching a highly successful crowd-funding campaign, IN SEARCH OF DARKNESS: THE DEFINITIVE ‘80s HORROR DOCUMENTARY will be celebrating its world premiere at Beyond Fest 2019, which takes place at the historic Egyptian Theater in Los Angeles on Sunday, October 6th at 6:00 pm. Tickets are currently on sale via Brown Paper Tickets HERE. During the premiere screening, there will be a lively Q&A discussion of IN SEARCH OF DARKNESS, with special guests still to be announced.

“Having the opportunity to premiere IN SEARCH OF DARKNESS at Beyond Fest is not only an absolute honor, but a perfect fit,” said director David A. Weiner. “Our documentary explores one of the most exciting, explosive and creatively captivating decades in genre filmmaking. To have it complement a showcase of ‘80s horror film programming as well as follow a well-deserved salute to horror icon Tom Atkins — who makes quite an impact in our film with tales of The Fog, Creepshow, Halloween III: Season of the Witch, and Night of the Creeps — all I can say is, well, ‘Thrill me.’”

“CreatorVC is delighted that the world-premiere for IN SEARCH OF DARKNESS will be at Beyond Fest. Our ‘love-letter to ’80s Horror’ not only includes the greatest lineup of horror talent in history but also represents a triumph of community-based documentary filmmaking, powered by over four thousand backers from across the globe,” added Robin Block, Executive Producer and CEO of CreatorVC.com

For more information on IN SEARCH OF DARKNESS, please visit www.80shorrordoc.com.

CreatorVC is an independent producer of long-form factual entertainment. Our projects are crowd-funded, which means we are completely focused on creating content that our audience loves. We provide our backers with the opportunity to influence and enable exciting projects on the topics they are passionate about. We see them as co-creators and actively encourage feedback and input; it’s as much their project as it is ours. We’re motivated and excited about our projects because we only work on concepts that we love.