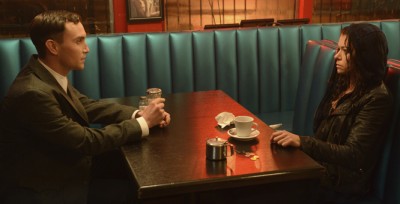 It’s become the norm that summer presents us with an increasing number of good TV shows in the summer months. As someone who remembers when summer meant reruns, reruns and more reruns, this is absolutely a Good Thing – even if it means that there’s little to no breathing room between the regular and summer seasons to recover from one and prepare for the other.

This summer we’ve had all kinds of cool shows, dealing with all sorts of even cooler ideas – whether it’s fun new space operas; the quest to find out what comes after death; plumbing the memories of the recently deceased; evolving into a gestalt-like new kind of human; exploring the concepts of identity and personal ownership via cloning; examining what makes us human – and whether that can be replicated, or just watching the transformation of a decent guy into the ultimate ambulance chaser, there’s been plenty of great television for all tastes.

Here, then, are my ten favorite summer shows… 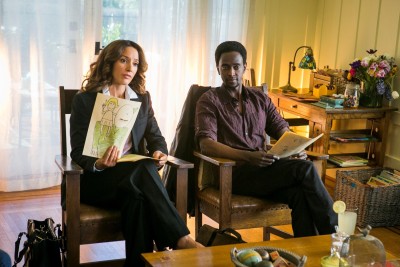 10 – Proof (TNT) – A dying multi-billionaire tasks a skeptical surgeon to investigate the possibility of life after death – knowing that she’s had a near-death experience, herself.

9 – Dark Matter (Syfy) – The crew of a derelict starship comes out of stasis to discover they have no memory of who they were. When they learn their identities, do they have to be the people they were, or can they change? Identity crises with guns and spaceships! Cool! 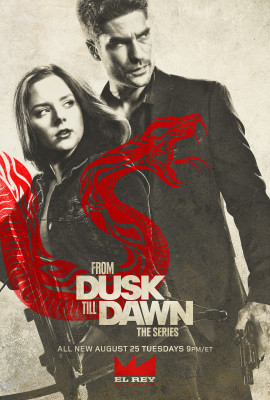 8 – From Dusk ‘Till Dawn: The Series (El Rey Network) – The return of the Gecko Brothers following the events of the Titty Bar Massacre. Richie and Santanico are out to bring down the gods while Seth and Kate are struggling to make small scores and stay under the radar. Terrific horror-comedy fun in the grindhouse (and Grandhouse) tradition – Robert Rodriguez does Quentin Tarantino.

7 – Killjoys (Syfy) – A trio of Reclamation Agents (bounty hunters) caught between forces that may well wind up in an interplanetary war – while trying to rid their leader of her overbearing mentor. An intriguing universe filled with all kinds of strange and wonderful bits (like masochistic monks and a fresh take on the wealthy and entitled – in an alien solar system). 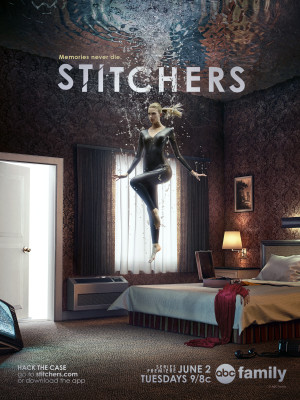 6 – Stitchers (ABC Family) – A young woman with an unusual medical condition is the perfect person to be stitched into the decaying minds of the recently deceased to learn who/what killed them. The science is hokum (as is the lead’s medical condition), but the show is fast-paced fun – spinning the procedural in cool new ways. 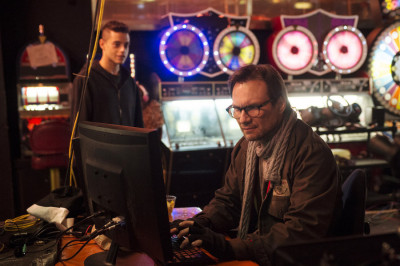 5 – Mr. Robot (USA Network) – Remember when Helix started out as one thing and became something entirely different in the middle of its first season? Mr. Robot does that a couple of times in its ten episode premiere season. It opens with a cyber-vigilante shutting down a child pornographer before going to work at a cybersecurity firm that provides security for a company they refer to as Evil Corp, then being recruited to make a hack that will, effectively kill a third of the world’s credit debt (probably killing Evil Corp at the same time). By the halfway point of the series, every episode requires a recontextualization of all the previous eps in light of new revelations. Genius! 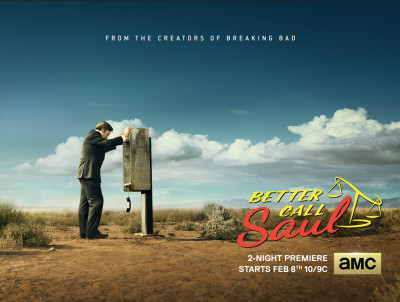 4 – Better Call Saul (AMC) – The story of how low-rent con man/semi-decent human being Jimmy McGill became the Saul Goodman of Breaking Bad. As thoroughly absorbing as Breaking Bad but with a completely different kind of transformation. Bob Odenkirk is even more amazing than we ever knew. 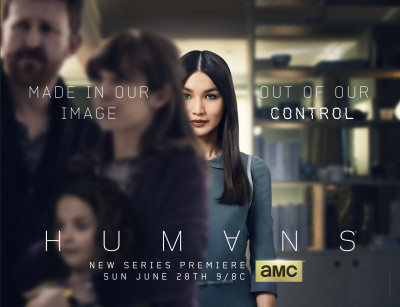 3 – Humans (AMC) – What makes us human? Could that be replicated in a machine? These are the base questions behind Humans, which postulates a world where the only difference is that robotics has evolved to the point where you can buy an android servant/caregiver/caretaker to do the housework/yardwork/purely mechanical office work. The thing is, a handful of these androids have become self-aware causing much disturbance as more people become aware of them.

1b – Sense8 (Netflix) – Eight people from around the world find themselves becoming one mind – what one feels, they all feel; what one knows, they all know. From the minds of the Wachowskis and J. Michael Straczynski (Babylon 5), this is a show that requires its audience to pay attention. There are practically no insignificant events. Shot around the globe, scenes that begin in Chicago might conclude in Iceland; an African bus driver might fight off thugs with the skills of a Korean businesswoman. Characters come in every hue and sexual orientation – including transgender. Ground breaking stuff.

1a – Orphan Black (BBC America) – Still the most intelligent, driven show on TV. The Clone Club discovers that there are male clones (giving Ari Millen a shot at equaling the array of distinctive performances that Tatiana Maslany has been giving since day one – and he pulls it off!). Wheels within wheels, one faction dies to reveal another that was previously thought done and gone. James Frain steals every scene he’s in (though he has no scenes with Allison and Donnie); Felix becomes an action hero; the source of Castor and Leda is found; alliances shift on a dime. Maslany (finally) gets an Emmy nomination!