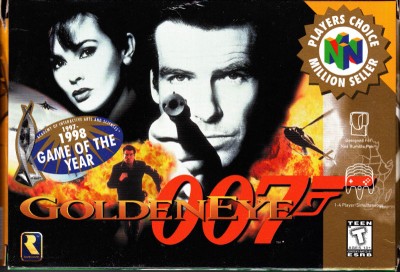 Adaptations can be a straight-up crapshoot. Whether it’s a movie or television series based on a novel, a comic book based on a movie, a movie based on a video game—or any flipside of those examples—you’d be right to feel apprehensive going into the experience. Too often, we’re left wondering why (aside from money) screenwriters, directors, developers, and authors have trouble taking something of high (or at least decent) quality and making something in another medium of equal (or perhaps greater) quality. Too often these projects are rushed or simply muddy the message of the original piece of art, which leaves us as the audience feeling ripped off. 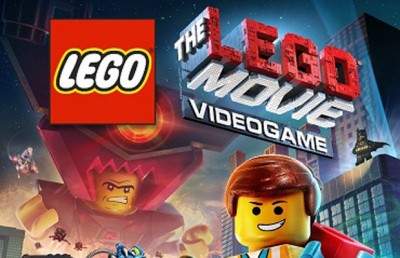 Starting us off is the most recent release on the list, and it’s the game based on the LEGO Movie. While not everyone loved the film itself, the same can actually be said for the video game tie-in. However, depending on who you ask, the developers definitely got it right with this one. Sure it can get tedious at times, but the game looks great and plays just as well. Also, it doesn’t hurt that many of the voice actors from the film worked on the cutscenes, though it’s unfortunate they didn’t stick around for the actual in-game dialogue. Minor gripes aside, though, playing the LEGO Movie Video Game is just too much fun to complain about anything. 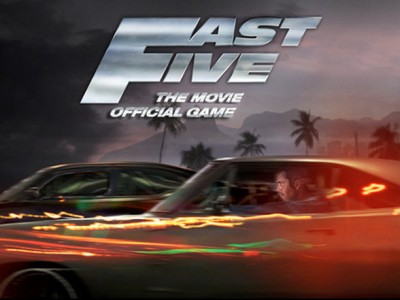 Mobile games have pretty much taken over when it comes to movie-video game tie-ins these days. If a movie is released with even the slightest video game-ish element, you can be damn sure that someone out there is making a mobile game about it. While most are clearly done in a rush and hardly worth your time, there are a select group that are definitely worth your time. Among them is Fast Five, which is named after the 2011 film of the same name. Given the great visuals and superb gameplay, you’d be right to think this was more of an actual game than your standard tie-in fare. But developer Gameloft really put work into this one, making Fast Five a must-play for racing game and Fast And The Furious fanatics alike.

8. Peter Jackson’s King Kong: The Official Game of the Movie

At times, watching Peter Jackson’s King Kong reboot felt like you were actually witnessing someone playing a video game based on the giant ape instead of a Hollywood film. So it only makes sense that the actual game based on the movie was well done, right? Of course. Despite it’s exhaustively long name, Peter Jackson’s King Kong: The Official Game of the Movie is a thrilling journey through the eyes of both protagonist Jack Driscoll and the big, hairy, and misunderstood beast himself. If you like fighting dinosaurs and traversing the elements associated with Skull Island, you need to give this a shot. 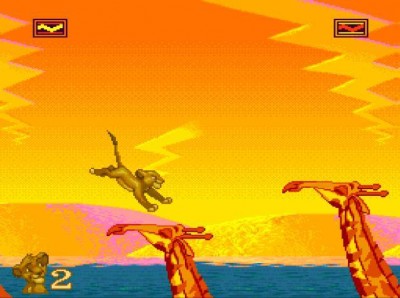 We could have easily given each of these games its own entry because these are two spectacularly fun titles from the 16-bit glory days. However, Aladdin and Lion King are also quite similar given the fact both are (obviously) based on their respective Disney films. As you might expect, you take on the role of the film protagonists (Aladdin and Simba) and journey through their narratives with vibrant animation, touches of humour, and top-notch music. That’s all especially true in the superior Lion King, which is challenging but not quite as controller smash-inducing as its counterpart. Also, it’s just really that much more gratifying when you finally take down Scar. 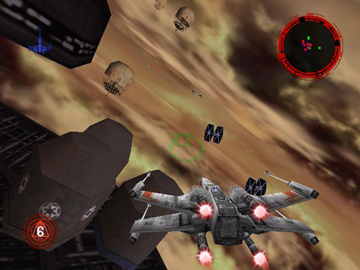 There were a lot of Star Wars games to choose from when making this list and it’s probable that you expected a different title (Knights Of The Old Republic, perhaps?) to appear on here. However, Rogue Squadron (and its sequels, too) deserves the spot because of its highly addictive gameplay, sharp visuals, top-notch sound, and respect to the Star Wars story. While plenty of flying-based games came before it, Rogue Squadron really nailed the mechanics and featured a difficult-enough learning curve. In other words, you could pick it up and play along just fine, but it took hours to truly master. Also, who can argue against a game that allows you to fly around as the Millennium Falcon?

4. The Lord of the Rings: The Two Towers/The Return of the King

From old-school classics like Golden Axe and Gauntlet to the Dynasty Warriors franchise, hack-and-slash games take many forms. But they’re at their best when they combine a strong narrative with stellar gameplay. That’s where the video game adaptation of The Two Towers comes into play. It already had the narrative going for it considering its source material, but it’s the action that really made this game so relentlessly entertaining. The primary reason for that is simple: the storyline sticks to the arch surrounding Aragorn, Gimli, and Legolas, aka the three guys who really get into it with the trolls, goblins, and everyone else.

For those reasons, the Return of the King deserves a nod here, too. Like the more action-packed film of the same name, the game is heavily steeped in beating the living crap out of your enemies. It also boasts several levels where you get to play as the ultimate wizard (Gandalf), whose badassery more than makes up for the slower-paced portions featuring the hobbits (Sam and Frodo). Additionally, the co-op and online modes—the latter has since been discontinued—were too addictive for their own good.

3. The Chronicles of Riddick: Escape From Butcher Bay

Similar to King Kong (and a few other films on this list), the Chronicles of Riddick series is like half-movie/half-video game on its own. Therefore, transporting to the actual video gaming realm isn’t too abstract of an idea, though perhaps that lack of difficulty gives the developers more room to make easy mistakes. Luckily they didn’t make any with Escape From Butcher Bay, which mixes stealth and first-person elements to create beyond-satisfying gameplay. In fact, it makes the somewhat-cheesy series narrative creepier and more enjoyable, leading you to appreciate the films in a different way.

If you are a fan of the Half-Life games and/or can’t get enough of the Riddick movies, hopefully you have played this title. Hell, that goes for even if you’re not a fan of either of those franchises, because Butcher Bay is that good. What it comes down to is this: the game deserves your time, especially if you still have an Xbox lying around because that version is way more affordable. 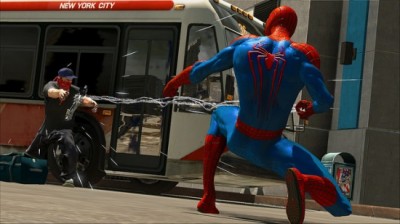 Given the share video game-ness of comic book movies, you would assume more of them would show up on here for their actual game adaptations right? Wrong. For whatever reason, developers have a difficult time nailing the experience of a comic book film in the world of games. Perhaps it’s that they’re often rushed and trying to make the tie-in work perfectly, but all too often they fail. Such is not the case with Spider-Man 2, which is respectful of the film and its (super) hero while making for a thrilling game.

In fact, Spidey is perhaps the most popular and successful Marvel franchise in gaming. The web-slinger has made his way to iPhones in a number of iterations, and the same goes for his presence online at the Betfair Casino gaming platform (which also has a King Kong game, to reference an earlier entry on this list). He shows up in both a Marvel-themed title and his own experience, which mostly centers on the comics/cartoon series. Yet, while those are impressive, they can’t compare to Spider-Man 2, which goes down as one of the finest movie-to-video game adaptations to date.

If you were a kid of any age in the mid-to-late 1990s, you played this game. Hell, you probably played it so much that you dreamed about it, got in arguments with friends and family over it, and couldn’t fathom putting another game in your Nintendo 64. OK, maybe that’s a bit of hyperbole, but few games of any genre/theme have connected with people like Goldeneye 007. You want to talk about perfectly capturing a film’s essence? This game did that for the movie of the same name and paid homage to other classics in the Bond saga, especially through its classic multiplayer.

Other Bond games have tried to get it right over the years, and they even went so far as to remake Goldeneye 007 in 2010. While the Metacritic scores will lead you to believe otherwise, the updated Goldeneye just can’t match the original’s charm. To be fair, it does provide a new generation the chance to get into one of the greatest games ever, movie-based or otherwise, but we’d rather get motion sickness playing the original. Seriously, have you tried playing anything on an N64 lately? Not easy on the old eyes.

What are some movies (or television shows!) that you think could make for a great video game? Let us know your thoughts in the comments.