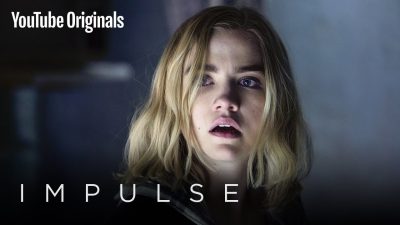 I suck, I’ve been MIA from my own site this year, mainly due to moving to Fl earlier this year and spending too much time making crappy YouTube videos. I may do a whole thing on the drama and trauma of the move. But I’m back. Who knew You Tube had original shows? I did! I watched my first one, the teen not sort of “super hero but not” drama Impulse last month and liked it a lot. Look for my review next week. Today, YouTube announced that they are ordering a 2nd season  of the show, which has garnered 8 million views since it debuted on YouTube Red, June 6.

I’m not going to go to much into details on the show, you’ll have to read my review for that.

In Season One of IMPULSE, Maddie Hasson stars as Henrietta “Henry” Cole, a rebellious 16-year-old girl who has always felt different from her peers and longs to escape from her seemingly quaint small town. During a traumatic event, Henry discovers she has the extraordinary ability to teleport, and her newfound power confirms Henry’s conviction that she really was different from everybody else — but it now makes her the focus of those who want to control her.

Returning for a second season to the Toronto-based production are Maddie Hasson (?Twisted, The Finder?) as “Henry,” Missi Pyle ?(Gone Girl, Charlie and the Chocolate Factory?) as “Cleo,” Sarah Desjardins (Van? Helsing, Wayward Pines?) as “Jenna,” Enuka Okuma (?How to Get Away with Murder, Rookie Blue, Slasher?) as “Deputy Anna,” and Craig Arnold (Degrassi:? The Next Generation, Heartland?) as “Lucas.”