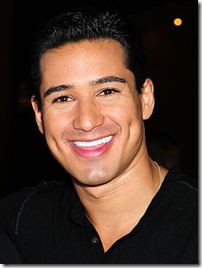 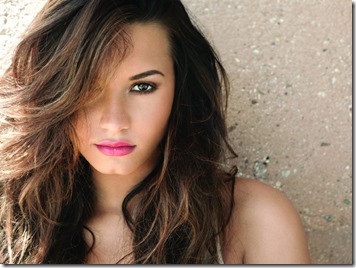 Well, they got it half right – Mario Lopez is returning to host season three of X-Factor, solo. Demi Lovato will also return as one of the panel of judges.

Actor and television personality Mario Lopez will return as the host of THE X FACTOR. He joins judges Simon Cowell and Demi Lovato on the hit singing competition series, which launches its third season this fall on FOX.

Lopez first joined THE X FACTOR last season as a host. He began his career in entertainment as a young actor and has appeared in TV, film and on Broadway. He currently hosts the entertainment news magazine show, “Extra.”

“I’m looking forward to returning to THE X FACTOR team,” said Lopez. “We’re coming back stronger and better than ever and I’m excited to check out all the new talent.”

“I’m thrilled Mario is back for Season Three of THE X FACTOR,” said Simon Cowell. “Hosting a live show and keeping the judges – especially Demi – in line, is not an easy job, but Mario is a pro and we are glad he’s coming back.”

Open auditions for Season Three of THE X FACTOR continue in Long Island, NY, at the Nassau Veterans Memorial Coliseum on April 25; and in Denver, CO, at the Denver Coliseum on May 14. For details, please visit www.TheXFactorUSA.com.

Lopez is a New York Times best-selling author for his healthy eating guide, “Extra Lean.” In May 2011, he released the follow-up to “Extra Lean,” entitled “Extra Lean Family.” Additionally, Lopez wrote “Mario Lopez’s Knockout Fitness,” a best-selling fitness book that offers readers a look into his impressive workout regime, and “Mud Tacos,” a children’s’ book he co-authored with his sister, Marissa. As a follow-up to “Mud Tacos,” Lopez released “Mario & Baby Gia,” a children’s book he wrote for his daughter, Gia.

Last season, Tate Stevens was crowned THE X FACTOR Season Two winner and was awarded a recording contract, as well as production and creative support to develop, create, record and shoot his first original track and music video. Tate’s video debuted as a Pepsi commercial during the live telecast of the “55th Annual GRAMMY Awards®,” and he recently released his first single, “Power of a Love Song.” His self-titled debut album will be released on April 23, 2013.

Along with Stevens, THE X FACTOR discovered an amazing amount of diverse recording artists last season, such as finalists Carly Rose Sonenclar, Fifth Harmony and Emblem3, all of whom also are working on their debut albums. Emblem3 have just released their debut single, “Chloe (You’re The One I Want)” and are on a “Goin’ Back 2 Cali” fan roadtrip with stops in nine cities across the U.S., including Philadelphia, Houston, Phoenix and Las Vegas. “The X Factor” has created global superstars, such as Leona Lewis, One Direction, Cher Lloyd, Olly Murs and JLS. Artists discovered by the competition series have sold more than 100 million records worldwide, including 110 No. 1’s, 270 Top 10 records and 500 Top 50 releases. THE X FACTOR (USA) is now aired in 191 countries, and local versions of “The X Factor” are now commissioned in 41 territories.

THE X FACTOR was created by Syco Entertainment and is produced by Syco Entertainment and FremantleMedia North America. Rob Wade and Nigel Hall are executive producers for Syco Television. Trish Kinane, Richard Holloway and Andrew Llinares serve as executive producers for FremantleMedia North America. “Like” THE X FACTOR on Facebook at www.Facebook.com/TheXFactorUSA. Follow the series on Twitter @TheXFactorUSA and join the discussion at #xfactor. Download The Xtra Factor App at www.TheXFactorUSA.com/mobileapps.