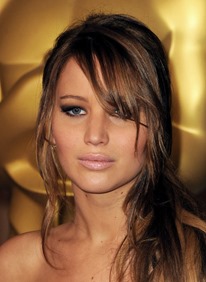 Jennifer Lawrence,who an Oscar® for last year’s The Silver Linings Playbook,will be on hand to present at the awards ceremony when the 86th Annual Academy Awards® are given out on Sunday May 2nd on ABC. For more, check out the press release after the jump.

Lawrence took home the Oscar for her lead performance in “Silver Linings Playbook.” She is nominated this year for her supporting role in “American Hustle.” Previously, Lawrence was nominated for her leading role in “Winter’s Bone.” Her other credits include “X-Men: First Class” and “The Hunger Games” series.

Awards for outstanding film achievements of 2013 will be presented on Oscar Sunday, March 2, at the Dolby Theatre® at Hollywood & Highland Center® and televised live on the ABC Television Network. The Oscars, produced by Craig Zadan and Neil Meron, also will be televised live in more than 225 countries and territories worldwide.

The 9th annual “Jimmy Kimmel Live: After the Oscars” airs Sunday, March 2 after the late local news ET/CT and at 10:00 p.m., PT on ABC. Broadcasting from Disney’s El Capitan Theater located on Hollywood Boulevard in the heart of L.A.’s star-studded Walk of Fame, the studio is just steps away from Dolby Theater, home to the “Academy Awards.” Past guest appearances on Kimmel’s post-Oscar specials have included Tom Cruise, Ben Affleck, Robert Downey Jr., Matt Damon, Ellen DeGeneres, Jessica Chastain, Jude Law, Channing Tatum, John Krasinski, Samuel L. Jackson and many more. Additionally, previous comedy bits featured include the epic trailers for “Movie: The Movie,” which has been viewed over 24 million times on YouTube, the follow-up “Movie: The Movie: 2V” as well as “Toddlers and Tiaras” with Tom Hanks and Kimmel pitching show ideas to Oprah. Last year’s “Jimmy Kimmel Live: After the Oscars” marked the most-watched post-Oscar telecast in the franchise’s history.