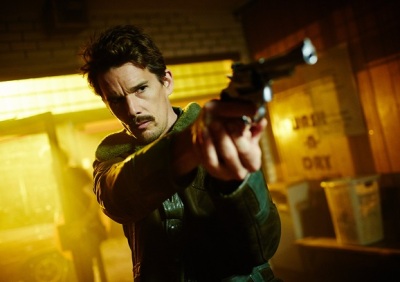 Ethan Hawke’s Predestination has finally been given a release – it’s already been seen in New Zealand and Australia, as well as on the festival circuit where it’s gotten some pretty decent reviews.

Predestination is based on the classic Robert A. Heinlein short story, All You Zombies and was written and directed by The Spierig brothers (Daybreakers)

Sony offshoot Stage 6 will release Predestination on January 9, 2015. Check out the trailer after the jump.