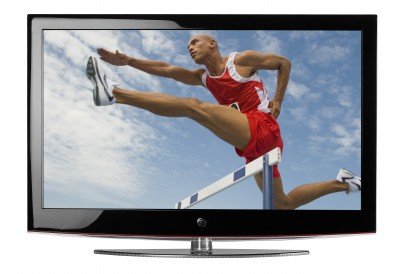 I was at Best Buy last weekend and watched this poor woman trying to decide which TV she should get. I told her that she should wait until this summer before purchasing a new television. We’re finally going to start seeing Internet Enabled TVs, 3D TVs, super thin TVs, and eco-friendly sets.  The folks at Westinghouse apparently don’t believe in the whole Convergence thing as they don’t have any Internet enabled models coming up, but their upcoming line-up still looks pretty tasty – Thin, Pretty, and not hogging energy at a reasonable price? I’m down with that. Take a look at some of their upcoming models.

“We are very excited to introduce our new LED HDTV line,” says Rey Roque, Vice President of Marketing at WDE. “Westinghouse Digital is committed to do our part to help the environment by producing a full line of energy-saving, eco-friendly HDTVs at a great price for the consumer. Our new LED HDTVs provide the same slim, energy efficient and sexy styling of more expensive LED sets at a price that the average consumer can afford.”

The new LED lineup consists of eight models ranging from 24” to 55” screen sizes, each featuring sleek industrial design that makes the TV look as good when it’s off as when it’s on. Only about 1 inch thick at the TV’s visible edges, the new models are designed with a high-gloss black frame, complemented by understated red accents for a graceful, modern look. As an exciting visual touch, the acrylic neck of each model’s included stand is illuminated with an understated (and defeatable) red glow light.

The new LED models are “statement” technology from Westinghouse, and all feature an edge-lit LED system that provides a remarkably vivid picture, thanks to high contrast ratios. This outstanding gradient light ability results in extremely detailed color representation that pops out, both in the store and the home. Continuing with Westinghouse’s tradition of industry-leading energy efficiency for its TVs, the new LED models are admirably green. All eight models meet or exceed Energy Star 4.0 ratings, which are scheduled to go into effect in the 2nd quarter of 2010 and six out of the eight new models actually exceed Energy Star 5.0 ratings, which are slated to go into effect in 2012. The majority of these Westinghouse’s LED HDTVs are two years ahead of the curve for energy conservation, in all U.S. states.

The Westinghouse lineup of advanced LED HDTVs is spearheaded by the flagship 55” LD-55F970Z, a spectacular home theater TV sure to please the most demanding videophiles. In addition to full 1080p resolution, the set features a host of advanced picture enhancements, including a super-fast 6ms response time, a 120 Hz refresh rate, and judder removal for flicker-free performance even with fast moving sports and action films. Other noteworthy features include selectable color temperatures, 3D noise reduction and an Inverse 3:2 pulldown feature for optimized movie playback, as well as comprehensive connectivity options, including 3 HDMI ports. The same exciting performance and rich feature set of the flagship model is also available in a more compact 46″ screen size, the LD-46F970Z. Both high performance models meet Energy Star 4.0 requirements for power efficiency.

In fact, across the board energy efficiency is a hallmark of the new Westinghouse LED HDTVs. The new 42” LD-4255VX is less than 1.5” thick and consumes just 80 watts of power at full output — 30% lower than today’s most stringent Energy Star requirement. For more compact applications, the lineup offers the 24” LD-2455VX, which is perfect for smaller rooms and thin enough to fit on virtually any shelf or tabletop. There are two 26” LED models; the LD-2655VX, which features 720p resolution and the LD-2685VX, which provides a full 1080p video experience. Likewise, the 32” models LD-3255VX and LD-3285VX are 720p and 1080p performers, respectively.