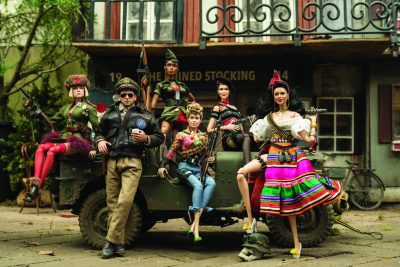 Welcome to Marwen opens with a WWII pilot being shot down and seeking refuge in a Belgian village – but as the sequence proceeds, things shift from relatively real to completely surreal as we discover that we’re actually watching a story play out in the backyard of a mobile home. 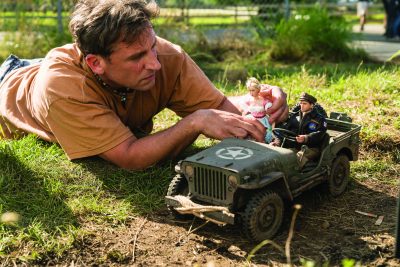 Mark Hogancamp (Steve Carell, Battle of the Sexes, The Big Short) is photographing repurposed dolls and action figures to tell the story of Cap’n Hogie – clearly a surrogate figure for himself.

Hogancamp has constructed a Belgian village – which he calls Marwen – in his yard as a means of dealing with the trauma he doesn’t remember and the loss of his memories.

He was beaten to within an inch of his life for mentioning to a group of guys in the local bar that he occasionally liked to wear women’s shoes.

Written Caroline Thompson (Nightmare Before Christmas, Corpse Bride) and director Robert Zemeckis (Back to the Future, The Walk), Welcome to Marwen is not your standard feel good movie.

Cleverly constructed in such a way that we learn about Hogancamp’s ordeal as his memory of the event returns – gradually – through his Marwen stories and photographs.

Zemeckis keeps us off balance by making the transition from real to imaginary (and back) gradual – and blending the two is unique ways.

We learn a bit about the women in Hogancamp’s life through a combination of their behavior in his Marwen stories and through glimpses of their lives as he interacts with them (Nicol has suffered a different but probably equally painful tragedy that we only learn about through careful placement of a photo, for example).

Hogancamp is – at times – abusive of his medications (taking too many, or throwing them out) and, at times, thinks the beating must somehow have been his fault.

Through his Marwen adventures – and the presence of figure he calls Deja Thoris (voiced by Diane Kruger) – he is working out his issues, but Deja (whom he must have somehow remembered from reading Edgar Rice Burroughs’ John Carter of Mars books) proves to be a major stumbling block (he can’t recall how she came to be part of the story).

The Marwen setting, WWII, also seems like an obstructed memory coming to life – the undying Nazis mirror the five goons who beat him.

Welcome to Marwen neither paints Hogancamp as a saint (which would be boring) or a loser who becomes something better as a result of his recovery (which would also be boring and a cliché). 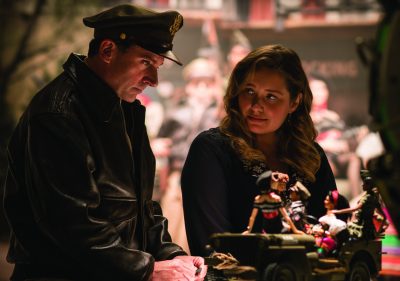 He’s just a talented guy with a slight deviation from what some people call ‘the norm’ (and exactly what is normal, anyway?).

That he develops a different talent as he recovers isn’t a miracle so much as it’s a necessity that enables him to deal – and, ultimately, face his assailants in court.

The two women in his life that influence him most do so for very different reasons. That he is oblivious to one and mistakes the intention of the other makes him even more human – more relatable. 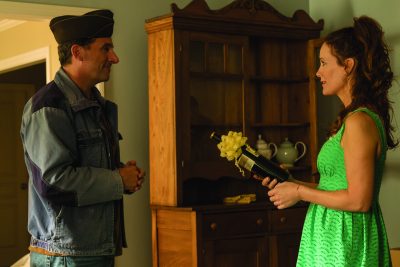 Before the credits roll, we get to see the real Hogancamp (and the real Cap’n Hogie) and learn some cool stuff about how his life and art have grown on.

Mention should also be made of Conrad Coates who, in a very amount of screen time, makes Hogancamp’s lawyer, Demaryius Johnson, a warm and relatable figure.

Welcome to Marwen is one of the year’s best films.