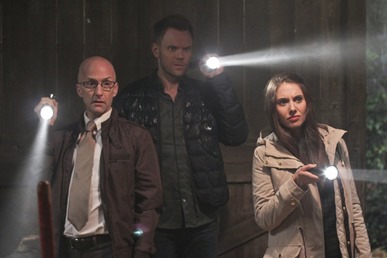 Tonight’s episode of Community (NBC’ Thursdays, 8/7C), Basic Intergluteal Numismatics,  finds the cast trying to take down The Ass-Crack Bandit. NBC has released a behind-the-scenes video that includes John Oliver (returning as Professor Ian Duncan) riffing on the idea that this was thought up by adults. Also, Jim Rash bloopers; Jonathan Banks’ take on the ep and forensics!

Check out the video after the jump.