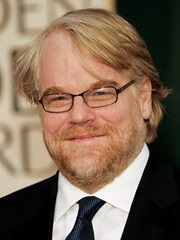 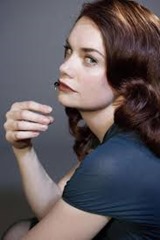 "THE AFFAIR is a beautiful pilot. It is an intense exploration of two marriages and the affair that disrupts them – with great acting and a very clever, deeply-observed script by the marvelously talented Sarah Treem," said Nevins. "Shalom Auslander and Phillip Seymour Hoffman make for a formidable and unusual comedy team. The chance to get one of the truly great actors of our time into a such an incisive and current comedy was totally and completely irresistible."

THE AFFAIR explores the emotional and psychological effects of an extramarital affair. The provocative, one-hour drama will be told separately from the male and female perspectives – using the distinct memory biases to both misdirect and intrigue. Wilson plays Alison, a young woman waiting tables at a popular Hamptons diner, trying to piece her life back together in the wake of a tragedy. Her husband, Cole (Jackson), struggles to keep it all together, with his wife and with the financially-strained ranch that has been in his family for generations. Their emotionally-charged marriage becomes even more complicated when Alison begins an affair with Noah (West), a New York City public school teacher and aspiring novelist who is spending the summer at his in-laws’ estate out on the island. Tierney plays Helen, Noah’s college sweetheart, best friend, mother of his children, lover and wife of 17 years. Award-winning playwright and writer/producer Sarah Treem (House of Cards, In Treatment) wrote the original script from a story co-created with Hagai Levi. They first worked together on the American adaption of Levi’s show In Treatment. Treem and Levi will both serve as executive producers, along with director Jeffrey Reiner (Friday Night Lights).

Oscar winner Philip Seymour Hoffman stars in the SHOWTIME comedy HAPPYISH, a dark examination of our pursuit of happiness, a pursuit that might just be the very thing causing our unhappiness in the first place. Thom Payne (Hoffman)  is 42, his new bosses at work are half his age and they say the words ‘digital’ and ‘social’ far too often. His mentor and boss, Jonathan (Ifans) tells him to "rebrand" himself, his corporate headhunter tells him happiness is a myth, and Thom’s not sure if his Viagra will interfere with his Prozac, or vice versa. Acclaimed actress Kathryn Hahn stars as Lee Payne, Thom’s wife, who is looking for a larger goal, a purpose, a meaning. Good luck with that. Happiness? In this world? Happiness after all is pretty high bar; in a world as absurd as ours, maybe the best anyone can hope for is happyish. Created, written and executive produced by author and This American Life contributor Shalom Auslander, HAPPYISH was developed by Ken Kwapis, who will executive produce, and Alexandra Beattie, who will co-executive produce, under their In Cahoots banner. John Cameron Mitchell (Hedwig and the Angry Inch) directed the pilot.  Philip Seymour Hoffman will also executive produce under his Cooperstown Productions banner.