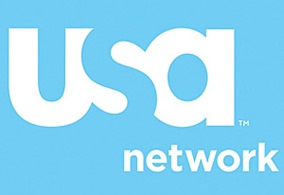 When USA Network’s Suits returns on March 6, 2014, it will be the lead-in for Denis Leary’s new comedy, Sirens, which follows the ‘ridiculous antics of three Chicago EMTs.’ Season Eight of Psych returns Wednesday, January 8, 2014 and White Collar returns from its winter hiatus the following night.

NEW YORK – December 9, 2013 – USA Network will premiere a dynamic Thursday night line-up this March featuring the mid-season premiere of the critically-acclaimed series SUITS on Thursday, March 6 at 9/8c, followed by the series premiere of new half-hour comedy SIRENS at 10/9c.  The highly anticipated eighth season of PSYCH returns on Wednesday, January 8 at 9/8c and WHITE COLLAR comes back from hiatus on Thursday, January 9 at 9/8c.

Leading out of SUITS, the network will premiere the new half-hour comedy series SIRENS, from the distinct comedic point of view of Denis Leary and Bob Fisher, on Thursday, March 6 at 10/9c with two back-to-back episodes. SIRENS follows the ridiculous antics of three Chicago EMTs. A group of unruly men when it comes to their personal lives, these guys are the best in the business professionally and can handle any life-threatening situation that winds up in their ambulance. Good looking and sports-loving Johnny (Michael Mosley) leads the crew, featuring his outspoken and refreshingly honest longtime best friend Hank (Kevin Daniels) and impressionable and eager new recruit Brian (Kevin Bigley).  Offering a needed female perspective is Theresa (Jessica McNamee), a smart, independent cop with the Chicago PD who finds herself in love purgatory with her ex, Johnny. Together this foursome delve into hot issues such as bromances, friends with benefits and the danger of internet browser history. Guest stars appearing in the 10 episode first season include Emmy winners Jean Smart and Loretta Devine as well as Bill Nunn, Lenny Clarke, Nora Dunn and John Scurti.

“We are incredibly excited about our powerful Thursday night line-up,” said Jackie de Crinis, executive vice president of original programming, USA Network. “As a top cable drama, SUITS has a massive and incredibly young audience that is the perfect fit for fans of Denis Leary and Bob Fisher’s unique brand of comedy. Both series feature dynamic male leads, sharp and entertaining banter, and a strong storytelling point of view.”

Season five of WHITE COLLAR returns with four new episodes on Thursday, January 9 at 9/8c featuring a multi-episode arc with guest star Bridget Regan in a shocking storyline.  Neal Caffrey (Matt Bomer) continues to be blackmailed by the devilish Curtis Hagen (guest star Mark Sheppard) and must complete his final assignment without Peter Burke (Tim DeKay) and the rest of the FBI catching on.  Rebecca Lowe (Regan), Neal and Mozzie (Willie Garson) get closer to cracking the Mosconi Codex and a life is put on the line when a dramatic secret is revealed.  The series also stars Tiffani Thiessen, Marsha Thomason and Sharif Atkins.  Steven Pasquale, Boris McGiver and Asa Somers guest star.  DeKay returns behind the camera to direct episode 512.