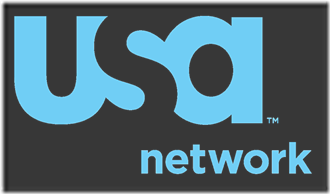 One of television’s hottest shows, WHITE COLLAR focuses on the most unlikely of partnerships between a con artist (Matt Bomer) and an FBI agent (Tim DeKay). The critically acclaimed drama returns for season three with more intrigue, more passion and more excitement. The series also stars Tiffani Thiessen, Willie Garson, Sharif Atkins and Marsha Thomason. Additionally, joining the cast as a series regular this season is Hilarie Burton (“One Tree Hill”), who guest starred in a sexy arc for several episodes in season two, as Neal Caffrey’s (Bomer) love interest, Sarah Ellis. WHITE COLLAR was created and is executive produced by Jeff Eastin and comes from Fox Television Studios. Mark Goffman is executive producer and Jeff King serves as co-executive producer. The show is shot entirely in and around New York City. WHITE COLLAR premieres Tuesday, June 7 at 9/8c.

The highly-anticipated sophomore season of COVERT AFFAIRS stars Golden Globe®-nominated Piper Perabo as Annie Walker, a young CIA operative whose exceptional linguistic skills make her invaluable to the Agency in missions that span the globe. Annie’s career continues to intrude on her personal life as she strives to balance "pseudo-normal" life with her high-octane adventures as a covert operative. The series also stars Christopher Gorham, Sendhil Ramamurthy, Kari Matchett and Anne Dudek. Peter Gallagher, who guest starred last season as the CIA’s director of Clandestine Services, Arthur Campbell, joins the cast as a series regular this season. From Universal Cable Productions, COVERT AFFAIRS is executive produced by Doug Liman and David Bartis through Hypnotic and written and co-executive produced by Matt Corman and Chris Ord. COVERT AFFAIRS premieres Tuesday, June 7 at 10/9c.

Summer heats up with the fifth season premiere of BURN NOTICE starring Jeffrey Donovan as Michael Westen, a blacklisted spy who finds himself stranded in sun-soaked Miami. Has Michael finally found his way back into the CIA? Will he return to Miami? Can he and Miami’s new counterintelligence expert, Jesse Garcia (Coby Bell), co-exist? Also heating up South Beach are Fiona (Gabrielle Anwar), the beautiful ex-IRA operative and Michael’s ex-girlfriend; Sam (Bruce Campbell), our favorite washed-up military intelligence muscle; and Michael’s mother (Emmy Award-winner Sharon Gless), who is one tough cookie herself. BURN NOTICE premieres Thursday, June 23 at 9/8c.

SUITS (fka A LEGAL MIND) will launch its freshman season with stars Gabriel Macht ("Love and Other Drugs," "Whiteout"), as one of Manhattan’s top corporate lawyers sets out to recruit a new hotshot associate and hires the only guy that impresses him – Patrick J. Adams ("Lost," "Friday Night Lights"), as Mike Ross, a brilliant but unmotivated college dropout. Though he isn’t actually a lawyer, this legal prodigy has the book smarts of a Harvard law grad and the street smarts of a hustler. However, in order to serve justice and save their jobs, both these unconventional thinkers must continue the charade. The series also stars Meghan Markle ("CSI Miami," "Fringe"), Gina Torres ("Gossip Girl," "Huge") and Rick Hoffman ("Samantha Who," "Knight Rider"). From Universal Cable Productions, SUITS is executive produced Doug Liman (COVERT AFFAIRS, the "Bourne" trilogy, "Mr. and Mrs. Smith," "The O.C.") and David Bartis (COVERT AFFAIRS, "The O.C.," "The Heist") of Hypnotic. Creator Aaron Korsh ("The Deep End") wrote the pilot and serves as co-executive producer and Gene Klein serves as producer. SUITS will premiere Thursday, June 23 at 10/9c.

Summer favorite ROYAL PAINS returns for a third season with Mark Feuerstein starring as Dr. Hank Lawson, the go to "doctor for hire" in The Hamptons. The series also stars Paulo Costanzo, Reshma Shetty and Jill Flint, with television royalty Henry Winkler, Christine Ebersol, Brooke D’Orsay and Rupak Ginn recur on the series. Hank, along with his team – his brother and CEO of Hank Med, Evan (Costanzo), his physician’s assistant, Divya (Shetty) and the head of administration at the local hospital, Jill (Flint) – treat a variety of fascinating patients in unusual situations, for which only the pretentious Hamptons could provide the backdrop. This season will set off a number of start off prompting many questions: will Hank and Jill rekindle their relationship? Will Divya and Raj (Ginn) survive the plague scare and break off their marriage? What will become of Eddie (Winkler) now that the government has sentenced him to prison, is there a wealthy Baron that will help him out of this situation? From Universal Cable Productions, ROYAL PAINS is written and executive produced by Andrew Lenchewski. Michael Rauch also serves as executive producer along with Rich Frank, Paul Frank and Jeff Kwatinetz from Prospect Park. Christine Sacani and John Rogers serve as co-executive producers. ROYAL PAINS premieres Wednesday, June 29 at 9/8c.

NECESSARY ROUGHNESS focuses on a tough, sexy Long Island divorcee Callie Thorne (“Rescue Me,” “Californication”) who gets a job as therapist for a professional football team in order to make ends meet. Underestimated at every turn, she succeeds beyond all expectations and soon finds herself as the sought-after therapist to high-profile clients. Athletes, musicians, politicians and others living in the spotlight – all in a moment of crisis – clamor for her unique brand of tough love therapy. As a newly single mom raising two teenagers, her start-up practice wreaks havoc on her life. But recognizing that she’s changing people’s lives for the better, she is determined to make her new career work by striking a balance between her personal and professional worlds. The show also stars Marc Blucas (“Buffy, The Vampire Slayer,” “Knight and Day”), Mehcad Brooks (“True Blood,” “The Deep End”) and Scott Cohen (“Gilmore Girls,” “NYPD Blue”). Created by writers and co-executive producers Liz Kruger & Craig Shapiro ("Miami Medical," "The Challenge") along with supervising producers Donna Dannenfelser and Joe Sabatino. Kevin Dowling ("Sons of Tucson") directed the pilot and also serves as executive producer. Inspired by a true story, NECESSARY ROUGHNESS is a Sony Pictures Television and Universal Cable Productions co-production. NECESSARY ROUGHNESS will premiere this June on USA.