Bugs & Daffy; Scooby-Do & Jonny Quest; Tom & Jerry and The Jetsons – these are just a few of the titles hat will be available from Boomerang, a new premium streaming service that Turner and Warner Bros. will launch in the spring.

Initially, the ad-free Boomerang will launch on Web, iOS and Android devices for 4.99/mo. (with a 7-day free trial), or 39.99 annually (with a 30-day free trial). The service will expand to more platforms after launch. 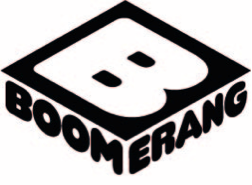 Available at Launch on Web, iOS and Android Devices

Time Warner’s Turner and Warner Bros. announced today they have partnered on a new standalone domestic premium video subscription service – Boomerang – that will launch in the Spring. This will be the first time the two companies have offered the massive Hanna-Barbera, Looney Tunes and MGM animation library of over 5,000 titles on a streaming platform. Boomerang will provide audiences instant and exclusive access to both brand-new original series and timeless franchises like Scooby Doo, Tom & Jerry, Bugs Bunny, The Jetsons and The Flintstones among many others. Launching with a vast number of episodes, new content will be added weekly for kids, families and animation lovers of all ages to enjoy.

Boomerang will be the exclusive home to a slate of new, original series, including Warner Bros. Animation’s Dorothy and the Wizard of Oz, an uplifting comedic fantasy series that transports audiences to the magical land of Oz and follows the ruby slipper adventures of its brave and feisty princess protagonist; and Wacky Races, a full-engine overhaul of the Hanna-Barbera classic series that takes viewers on a ride filled with zany slapstick comedy, high-octane thrills and exotic locales around the world.  Additionally, Boomerang will be the only place to catch new episodes of three fan-favorite series, Scooby-Doo, Looney Tunes and Tom & Jerry.

Boomerang will support its world-class content offering with a robust set of product features in the months following launch including: family profiles, personalized recommendations, download-to-go, Spanish audio and interactive features that will give users new and exciting ways to discover and share content. The Boomerang OTT service will be powered by applications and technology developed by DramaFever, a Warner Bros. Digital Networks company.

The product will expand to several more platforms after launch, including Amazon, Roku and Apple TV. Turner and Warner Bros. will explore additional distribution opportunities with both new and existing partners in the future.

“Boomerang is a beloved brand that has always had multi-generational appeal and some of the greatest animated shows ever created,” said Christina Miller, President, Cartoon Network, Boomerang, Adult Swim. “Our on-going partnership with Warner Bros. around this new premium service continues our strategy of making sure our fans are engaged with fresh and fun content whenever and wherever they want it.”

Warner Bros. Entertainment is a global leader in all forms of entertainment and their related businesses across all current and emerging media and platforms.  A Time Warner Company, the Studio stands at the forefront of every aspect of the entertainment industry from feature film, television and home entertainment production and worldwide distribution to DVD and Blu-ray, digital production and distribution, animation, comic books, videogames, product and brand licensing, and broadcasting.

Warner Bros. Animation (WBA) is one of the leading producers of animation in the entertainment industry,
producing and developing both CG and traditionally animated projects for multiple platforms, both domestically and internationally. WBA’s TV series include Teen Titans Go! and The Tom and Jerry Show  for Cartoon Network; the upcoming Be Cool Scooby-Doo!, Bunnicula and Wabbit – A Looney Tunes Production for Boomerang; Mike Tyson Mysteries for Adult Swim; and the forthcoming Green Eggs and Ham for Netflix. As the home of the iconic animated characters from the DC Comics, Hanna-Barbera, MGM and Looney Tunes libraries, WBA also produces highly successful animated films — including the DC Universe Animated Original Movies — for DVD. One of the most-honored animation studios in history, WBA has won six Academy Awards®, 35 Emmy® Awards, the George Foster Peabody Award, an Environmental Media Award, a Parents’ Choice Award, the HUMANITAS Prize, two Prism Awards and 20 Annie Awards (honoring excellence in animation).