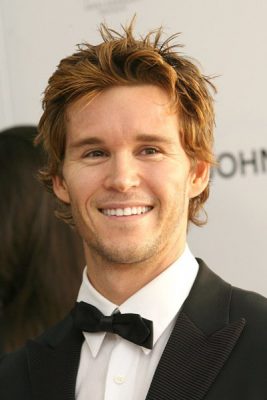 Kwanten will play Steve Hammond, son of Bean’s Tom Hammond – leader of a cop gang called the Ravens. Kwanten will also be a producer on the series.

Kwanten will play Steve Hammond, son of Tom Hammond (portrayed by Sean Bean) and the leader of a cop gang, The Ravens. A cool, pragmatic, reluctant leader with the mind and instincts of a shrewd tactician, Hammond is a survivor–a natural protector who values taking care of those closest to him, his family, his team.

Executive produced by Curtis “50 Cent” Jackson and his G-Unit Film & Television Inc., the gritty, action-packed drama, explores a world of gangs made up of those sworn to protect and defend and sheds light on corrupt and secret societies that are nearly impossible to join—only a select few make the cut–but once inside, members will do what they must to protect each other from enemies on the outside and from within their own ranks.

“The Oath” is executive produced by Curtis “50 Cent” Jackson and his G-Unit Film & Television Inc., Todd Hoffman and Dennis Kim of Storied Media Group and Joe Halpin who is also creator, writer and showrunner. The premiere episode will be directed by Jeff T. Thomas (“Blindspot,” “Wayward Pines”).

Ryan starred for seven seasons on the critically acclaimed HBO series “True Blood.”  His other television credits include a memorable appearance on the Fox comedy “The New Girl.” He will next be seen starring in the feature films “Supercon,” a comedy alongside John Malkovich and Rob Cohen’s action film “Category 5” with Maggie Grace.