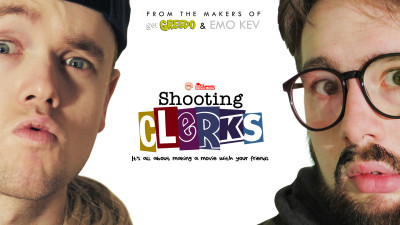 Someone thought it would be a great idea to shoot a movie about the making of Clerks – which was a film another guy made about his mundane life that became a monster cult favorite. Then they got the guy who made that film to narrate theirs. Isn’t life strange and wonderful? Or at least strange?

Check out the first trailer for Shooting Clerks right after the jump.