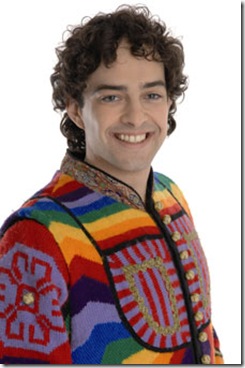 The turkey bones are sitting in the kitchen, waiting to be made into a nourishing soup (but which will probably be attacked by the cat and then thrown in the bin), pudding, mince pies, cake and chocolate have been eaten to excess and the wine bottles are empty. So it’s time to ponder the goodies that the Telly-Santa brought us in 2007.

A year or so ago I was predicting that the era of the reality show would soon pass, that the public would become bored of the format and want something new. How wrong I was! 2007 has seen the telly awash with celebrities on skates, celebrities ballroom dancing and celebrities eating bugs in the Australian bush. But it was the unknowns getting their first taste of stardom that really kept us riveted to our sofas on a Saturday night.

After the massive success of “How Do You Solve A Problem Like Maria?” which made a star of Connie Fisher, Andrew Lloyd Webber repeated the experience with a TV talent-search for the lead in a new production of “Joseph and the Amazing Technicolour Dreamcoat”, with “Any Dream Will Do”. As cheesy as a Camembert factory – and full of bright colours and crying boys desperate to grasp that elusive mistress, fame – Sir Andrew quickly had another hit on his hands that even successive phone-in-voting scandals couldn’t dent. After whittling down the twelve finalists, the winner, Lee Mead (pictured), was declared and, like Connie Fisher, has filled theatre seats ever since. But what is impressive is that most of the finalists have also found the show to be a springboard for their own success, even though they didn’t win. Not willing to give up a winning format, 2008 will see ALW trying for three in a row with his search for Oliver and Nancy for a new production of Oliver!

There’s been fun with the celebs too though, and the camp excesses of Strictly Come Dancing have catapulted Alesha Dixon to renewed stardom after her days in the girl-group, Misteeq. Gethin Jones (below), cute presenter of the iconic BBC children’s show, Blue Peter, has been getting rafts of offers, some of which might even be work-related, after proving he could wiggle his hips with the best of them. 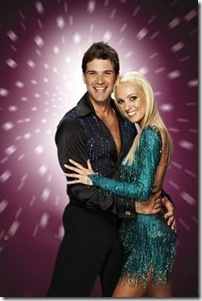 What’s the appeal of these shows? They’re brash, they’re bright, they waste your phone bill. But they are also guaranteed to be the subject of discussion of a Monday morning in the office. Along with shows like the X-Factor (the UK’s current version of American Idol) and I’m A Celebrity Get Me Out Of Here!, the reality show format is likely to run as long as The Sound of Music.

But I draw the line at watching Big Brother, which seems to exist only to make pseudo-celebrities of the vacuous and talentless who then never again have to interact with reality. That’s one reality show whose time has come and gone!