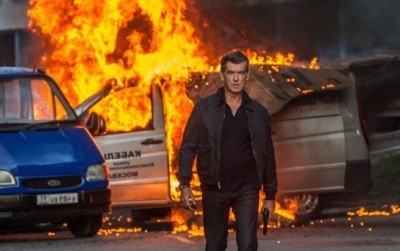 With Pierce Brosnan returning to espionage in this moderately budgeted thriller, you can expect great performances from the cast; mayhem controlled and uncontrolled; a damsel in distress who is more than she seems to be, and, of course, monumental betrayal – not necessarily in that order.

Based on a Bill S. Grainger novel, The November Man opens with a mission going horribly wrong  – even though its objective is fulfilled, for Peter Devereaux (Pierce Brosnan) and his protégé, David Mason (Luke Bracey). An innocent is killed, shaking Devereaux up so much that he retires.

Five years later, his old friend Hanley (Bill Smitrovich, Iron Man, Ted) comes to him with a job that only he can pull off – the extraction of a highly placed source next to the man who will become the next President of Russia, Arkady Federov (Lazar Ristovski). The source, a woman named Alexa (Amila Terzimehic) has asked to be extracted and requested Devereaux by name. 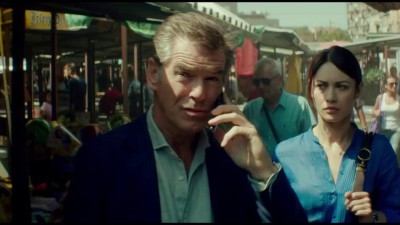 When Devereaux finds her in Moscow, she is completely surprised to see him, but gives him information that puts him on the trail of someone who can show Federov to have been behind the incident that started the Second Chechen War – essentially killing his own people to gain power and influence. Which is when bullets start to fly…

Devereaux, it should be mentioned, earned the nickname The November Man because he of the swath of death and destruction he left in his wake on his assignments. And, in an ironic twist, important advice he gives Mason during the film’s opening scenes come to haunt both men later. It’s the kind of two-edged ironic blade that keeps The November Man from being just another John Le Carre spy thriller wannabe.

Considering budgetary constraints, The November Man is more than a mere rush. Director Roger Donaldson (No Way Out, The Bank Job) delivers a fast-paced, generally explosive film that doles out character details and other necessary information without sacrificing that pacing. The script, by Michael Finch (Predators) and Karl Gajdusek (Oblivion), suggests the return of the Cold War without ever saying so explicitly and places its characters in situations that feel right for that scenario. 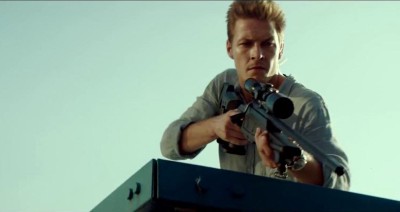 Of course there are the requisite car chases, shootouts and tense standoffs, but thanks to the cast, and Donaldson’s muscular direction, they never quite seem forced or arch.

Brosnan gives Devereaux an edge the kind of edge that Daniel Craig gives James Bond. It’s the difference between The November Man working or not working. We believe him utterly.

Kurylenko and Bracey also give terrific performances – as the film progresses each moves down their respective path in ways that are not always logical but are always human.