Entertainment News for The Rest of Us
Sheldon Wiebe
News, Television
1 Comment 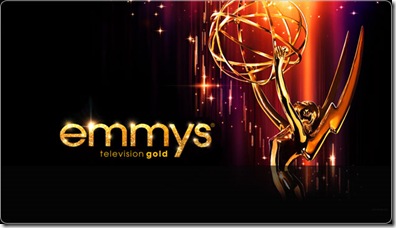 The nominations for the 63rd Primetime Emmy Awards were released this morning and, after culling the major categories from the seventy-pages of nominations [can you imagine how long a TV special would be if it addressed every category? It would qualify for the movie or mini-series category!].

After last year’s remarkably astute nominations, things go back to normal this year, with some amazing programming ignored completely – like Fox’s Fringe, which was shut out [even in categories like visual effects]! The 63rd Primetime Emmy® Awards airs Sunday, September 18, live on FOX Television

The major noms and a few accompanying thoughts follow the jump.

Replace The Bang Theory with The Big C and either The Office or Parks and Recreation with Futurama and I’d be much happier. The Big Bang Theory is funnier since Mayim Bialik joined the show’s recurring cast, but it’s still not as good as either The Bic C or Futurama. The Office is two seasons past its prime and Parks and Recreation can be overly precious at times. At least one of them should not be here. And where the frak is United States of Tara?

No Fringe? No Justified? Really? Both shows were superior to Dexter and Friday Night Lights in every way! If I were a cynic, I’d say that something went on behind the scenes to prevent Fringe and Justified from being nominated – but at least Justified got a couple acting nods [see below]. Frigne was SHUT OUT! That’s just wrong!

Looks good to me – a bit of quality soap, some noir, some melodrama. I might not have included The Kennedys, but really, there wasn’t much else out there that even half as good.

Where’s Oliver Platt [The Big C]? He turned in consistently better performances than Johnny Galecki, or Steve Carell! Surely he could have filled one of their slots.

Oddly enough, I have no real complaint with this category – even though it would’ve been nice to see Joshua Jackson [Fringe] make the cut in place of, say, Michael C. Hall or Hugh Laurie – both of whom have done better work in earlier seasons of their respective shows.

I’m sorry, but Edie Falco is right – she’s not funny, and neither is her show. Toni Collette should be on this list instead!

Kathy Bates doesn’t belong here. There’s absolutely nothing special about her character and the series is awful. That she made the cut and the amazing Anna Torv [Fringe] did not is nothing less than highway robbery! Mariska Hargitay has done better work in earlier seasons, but this is her last on Law & Order: Special Victims Unit, so she probably made the ballot for her time on the show as a whole. I can live with that, but would have preferred to see Sela Ward nominated for CSI: New York. She totally reinvigorated a series that went downhill almost from the middle of its first season.

Even though Glee went off the tracks in season two, I can’t fault including Colfer [the series’ most consistent light, this year] here. And Modern Family deserves to have every one of these nominations. Replace Jon Cryer with Atticus Shaffer [Brick on The Middle] and this category would be improved immeasurably.

Leaving John Noble [Fringe] off this list is as good as saying ‘the fix is in.’ Unless, of course, Peter Dinklage doesn’t win. Still, Noble badly outclassed half this list [I’m looking at you John Slattery, Josh Charles and Andre Braugher], this season. At his point, I’m wondering who the producers of Fringe pissed off!

Betty White is good, but not that good. Phyllis Somerville [The Big C] would have been a much better choice.

Outstanding Lead Actor In A Miniseries Or A Movie

Outstanding Lead Actress In A Miniseries Or A Movie

Outstanding Supporting Actor In A Miniseries Or A Movie

Paul Giamatti as Ben Bernanke, Too Big To Fail

James Woods as Richard Fuld, Too Big To Fail

Outstanding Supporting Actress In A Miniseries Or A Movie

How I Met Your Mother • Pamela Fryman, Directed by

The Borgias • Neil Jordan, Directed by

The Killing • Patty Jenkins, Directed by

I’m thinking that Fringe’s Joe Chapple [for Lyseric Acid Diethylamide] could have taken the slot currently filled by Jeremy Podeswa, or the one filled by Patty Jenkins, and the category would be the better for it.

Outstanding Directing For A Miniseries, Movie Or A Dramatic Special

Too Big To Fail • Curtis Hanson, Directed by