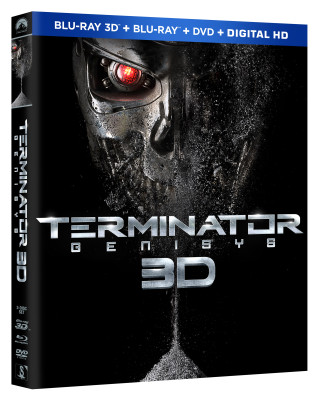 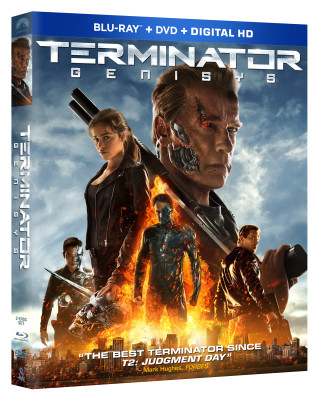 “You are going to love this movie.” — James Cameron, Director of The Terminator and Terminator 2: Judgment Day

Get it on Digital HD Three Weeks Early on October 20

“Arnold is back and better than ever” (Shawn Edwards, WDAP-TV, FOX) in the movie hailed as “the best Terminator since T2: Judgment Day” (Mark Hughes, Forbes).  In the war of man against machine, Kyle Reese (Jai Courtney, The Divergent Series) is sent back to 1984 by resistance leader John Connor (Jason Clarke, Everest) to protect his young mother, Sarah Connor (Emilia Clarke, “Game of Thrones”). However, this time unexpected events have altered the past and threaten the future for all mankind.  Now Reese must join forces with Sarah and her “Guardian” (Arnold Schwarzenegger) to save the world and stop the next evolution of Terminators.

The TERMINATOR GENISYS Blu-ray 3D and Blu-ray Combo Packs with Digital HD include nearly an hour of bonus content, featuring behind-the-scenes interviews with the cast and filmmakers, including the director of the first two films, James Cameron.  Plus, take an in-depth look at the stunning visual effects and jaw-dropping action sequences, the recreation of iconic scenes from the original film, and more.

The Blu-ray Combo Packs also feature a Dolby Atmos® soundtrack*, which delivers captivating sound that places and moves audio anywhere in the room, including overhead, to bring entertainment alive all around the audience.

The Blu-ray 3D Combo Pack and Blu-ray Combo Pack available for purchase include a Digital HD Version of the film that can be accessed through UltraViolet™, a way to collect, access and enjoy movies.  With UltraViolet, consumers can add movies to their digital collection in the cloud, and then stream or download them—reliably and securely—to a variety of devices.

Canadian Rating:       14A for violence and gory scenes