Terminator: Dark Fate wants to pretend like the last 4 or 5 sequels to T2, I’ve lost count, didn’t happen. It brings back the greatness that is Linda Hamilton, Arnold Schwarzenegger, and uber god amongst men James Cameron and bring Tim Miller one of the brains behind the hugely popular Deadpool films on board to direct. On paper this movie should be a grand slam, how did it go so wrong? Headline is, despite how awful the marketing has been, it actually isn’t bad, but it’s not as great as it needs to be to revive this dead franchise and drag it into a new direction that will make audiences care again. At least it didn’t make me care, I don’t pretend to know what audiences want or like.

The Terminator films is an example of writing yourself into a box and not being able to break away from it and a reason why basing an entire franchise on the central conceit that time travel is the way to solve all your problems. No matter how many Terminator films are made the one major flaw in them (other than Terminator 2) is that every film has completely invalidated the film that came before it. This is the fundamental flaw of watching a Terminator movie because there’s that sinking feeling that nothing we’re watching ultimately matters to whatever the potential future of the world they are trying to save is, nor any potential sequels.  It’s like a hamster stuck in this endless loop that continually changes but, never the less, it’s still an unbreakable loop. 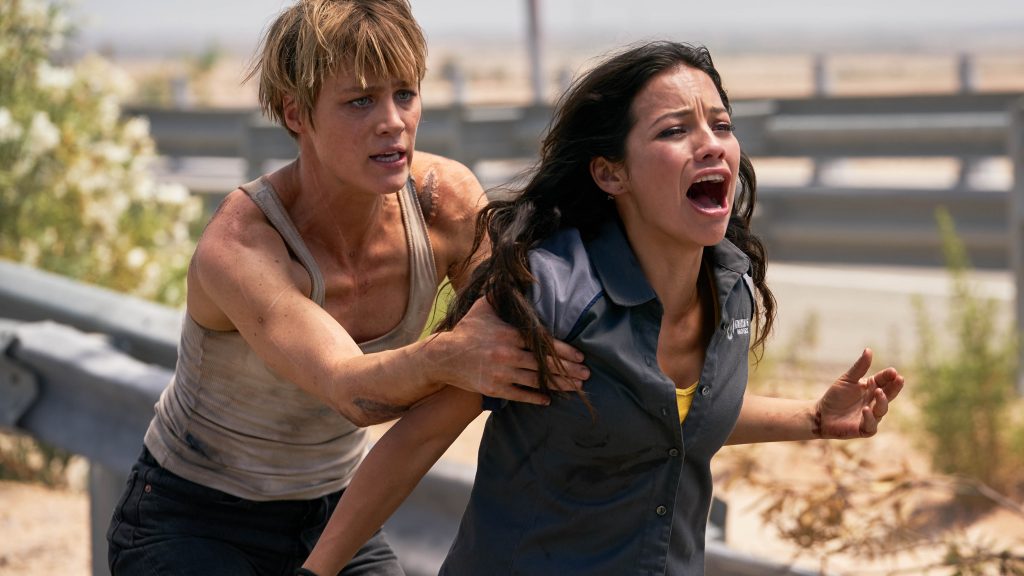 This isn’t to say they aren’t scared to change and reinvent themselves with each outing, they do and they are radical changes. T3 was all about saving John and getting him somewhere safe to fight the future war, or T4 which tried to start a new story actually set in the future, then Terminator Genisys which turned John into a Terminator. All of these ideas were sort of interesting and bold choices but the Producers never once followed through on any of it. They just pretend like the previous film never existed. Somehow, I doubt there was never any follow up to this one planned – even if by some miracle it became a hit, which there’s no universe where it will be. This rudderless ship desperately needs a Captain and a long-range plan.

Much like the Terminator films, let me back track, this Terminator film actually attempts to follow through and have a real sequel to a T film. This time out we find out that yes, Sarah Connor was successful in preventing Judgement Day (although I thought we found that out with T3?) and now there’s a brand-new future to look forward to. Only we learn before the opening credits roll that Sarah doesn’t get her happy ending. 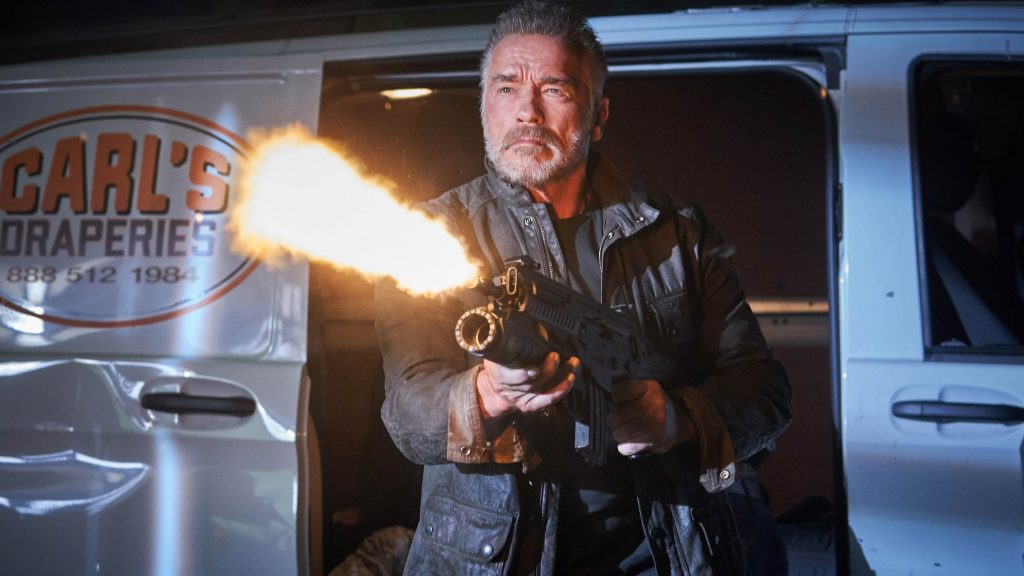 The next 20 minutes of the film is irritating as most of it is in Spanish, excuse me this is America, can we have our Hollywood blockbuster movies be in English please? The opening 3rd of this movie takes place in Mexico where we’re introduced to the new Sarah Connor Natalia Reyes a young woman who has some vital importance to the future survival of mankind. An enhanced human named Grace (Mackenzie Davis ) is sent to protect Natalia from the latest and greatest Terminator played by Diego Boneta .  Other than the standard T2 plot line painfully recycled here, there really isn’t much I can say about this film without spoiling things.

Beyond the sense of futility of this franchise, the other problem that I have is that The Terminators are so unstoppable that after a while the entire affair feels tedious. To add even a new wrinkle to this new unstoppable killing machine is its ability to now split itself into two Terminators. This presents a lot of logical questions that I kept asking myself, “If the Terminator can split itself into two, why not three or four?” “If one Terminator is this impossible to stop why are there humans in the future still alive at all?” 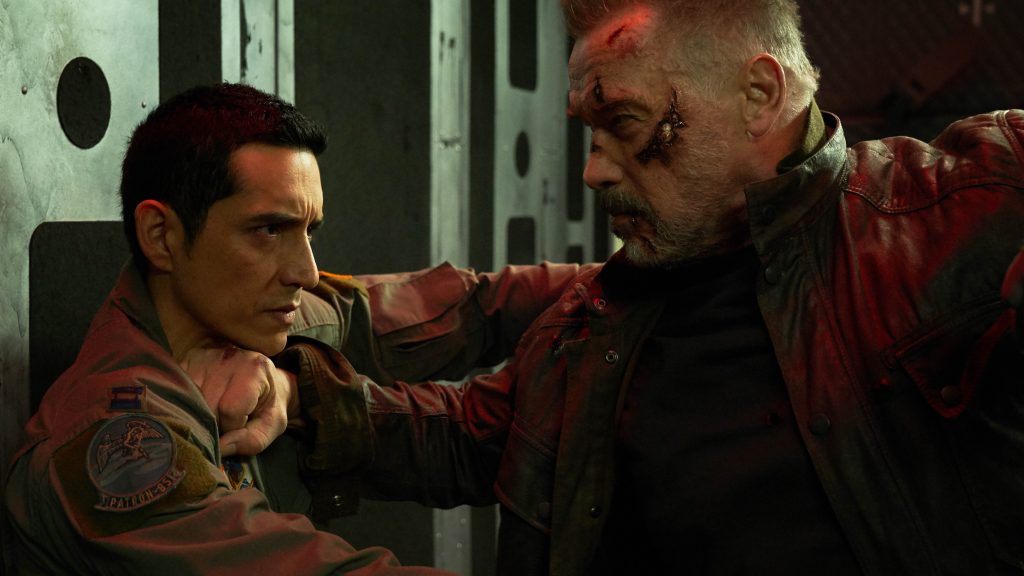 My issue with all the Terminator films is, yes the whole point is these are unstoppable, driven, killing machines and as Grace says at one point, the only thing you can do is “survive” these machines, is they don’t have weaknesses. It would be nice watching a Terminator film that establishes earlier on potential weaknesses or maybe have the humans actually invent weapons than can actually stop them? I know this idea would ruin everything that makes a Terminator a Terminator, but I just want to see something new instead of just one long 2-hour chase movie that eventually ends. 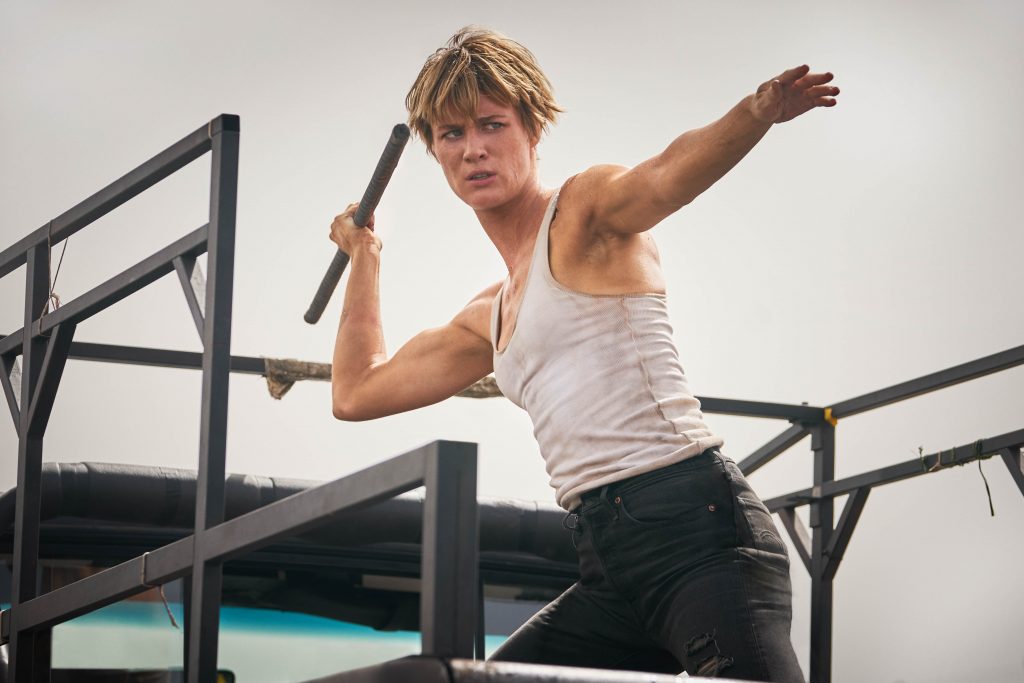 I know it sounds like I hated this movie, but I really didn’t, it’s fun, if not derivative and a good paint by numbers action flick that sadly just doesn’t live up to its full potential. Ultimately it just feels like a waste of time because if, by some miracle, there’s a sequel nothing that happens in this film will have mattered because it’ll just be reset again.

Davis did a great job with a fairly thankless role, never once did I not buy into the idea that she was a bad ass, but the problem was she was overshadowed by one of the most iconic female bad asses in film history. Hamilton still got the chops and doesn’t seem to have lost a step at all and she is the single reason that makes this entire endeavor worthwhile.