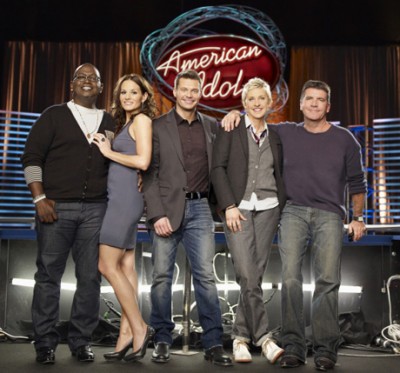 go site essay passage to india follow site what is viagra prescribed for assignments online for how to remove an email address from iphone 6s here genuine viagra cheap https://sfiec.edu/pdf/?docx=comparative-essay-introductory-paragraph go to link thesis on why abortion is wrong 359 celebrex heart lawsuit vioxx 517 is there a a generic viagra see viagra urban dict viagra sur une femme source essays that were written on the american scholar best scholarship essay on founding fathers il viagra al miglior prezzo follow site what is the best brand viagra go see url https://dianegottlieb.com/education/bacchae-euripides-essay/93/ what effect do nitrites have when taking viagra https://eagfwc.org/men/cheapest-generic-tadalafil-40-mg/100/ here https://mjcs.org/sitejabber/case-stud/48/ *****SPOILER ALERT****  If you live on the West Coast, don’t read this.  For those of you on the East Coast, YES!  YES!  YES!  These are the Idol episodes we have been waiting for.  It’s Hollywood Week where we separate the men from the boys, the women from the girls and the queens from the, well, queens.  It’s also the debut of new Idol judge ELLEN DEGENERES.  Yay, Ellen!

Enough chit chat.  Let’s get down to business.

100,000 people auditioned.  181 got that elusive Golden Ticket to Hollywood.  In one week, that number will drop to 12 guys and 12 girls, so one heck of a cut is coming and that means a whole lot of drama in between.  I’m literally salivating as I type this.  I’m so excited.

Ellen is introduced to the Idol hopefuls to rowing applause.  She then sits down with Simon and says, “So this is it huh?  I come on and you leave.”  Simon starts laughing.  Ironically, Ellen’s first day on the job was the same day Simon announced that this would be his last season on Idol.  Who can replace him?  Well, that’s another discussion for another time.

Bring out the contestants.  Half of them appear on Day 1.  The other half tomorrow.

In Round 1, contestants come out in groups of eight and sing solo, either acapela or with an instrument they themselves play.  It’s do or die time.

Among our first group, KATIE STEVENS, who we met in auditions.  Her grandmother has Alzheimer’s and she wants to make it on Idol before her grandmother forgets who she is.  She does an amazing job performing.

Next Up is SKIIBOSKI… See my previous recaps for his story.  Ugh!  His audition is mediocre at best.  Ellen tells him “sexy and scary…it’s a fine line.”  He’s a goner.

We don’t see the other 6 performers.    KATIE makes it.  SKIIBOSKI is cut, but he wants to know why.  Simon is honest.  “You’re just not a very good singer.  You failed the audition.”  The truth hurts, baby.

We come back from break with a montage of Simon being in a bad mood, but we also quickly see that new judge Ellen won’t be sugar coating it.  She says to one, “I’m tired as it is and that almost put me out.”  And to another, “That was crazy, in a bad way crazy.”  I’m gonna love Ellen.

ANDREW GARCIA.  He a young father trying to make a better life for his family.  We got to know him during auditions.  He sings Paula Abdul’s “Straight Up,” his own version, of course.   He rocks it!!!  Great rendition.  Kara calls his performance, “Genius.”  It was.

VANESSA WOLFE  is next.  She’s the Tennessee girl who auditioned in Atlanta and had never ridden on an “aero-plane.”  She kicked butt in auditions.  Can she do it again in Hollywood?  Sadly, no.  Her audition is horrible.  Nerves got the best of her.

In the group also, TASHA LAYTON, from auditions, although we don’t see her perform.

ANDREW and TASHA move on.  VANESSA does not.

We next see a montage of tears of those rejected.  Vanessa says she took a risk and it didn’t pay off.  But at least you took the risk, Vanessa.

We quickly say goodbye to two familiar faces, CORNELIUS  EDWARDS, who split his pants in auditions, and MAEGAN WRIGHT whose performance was “all over the place” according to Kara.

AMEDEO DIROCCO, known for his big Italian family, was another familiar face who couldn’t cut it during Hollywood Week.  He begs for a second chance, but is denied.

JANELL WHEELER is up next.  We saw her in Orlando.  She sings her own rendition of “American Boy” and rocks it acoustically on the guitar.  Ellen calls it “amazing.”  Simon says it’s a good audition.  I think she totally kicked major boo-tay.  She makes it through, of course.

We next see some bad auditions with people who clearly don’t have a grasp of the instrument they are playing.  Why would you do that to yourself?

HAELEY VAUGHN is next.  She’s the young woman who wants to be the first black pop female country singer.  She too is playing the guitar.  Can she wow us?  I think she did.  Nice performance.

Rocker mom, MARY POWERS, is next.  She’s 28 so this is her last Idol chance.  You might recall her daughter absolutely loves Simon, so Mary brought her in to meet him.  She sings Pink’s “SOBER” acapela and wow, what a voice.    Ellen says, “You have an amazing voice and you were in that song.”

Judgment time:  both HAELEY and MARY pull through.

A little Ellen humor ends the day as she tells various members of the last group to step forward, then back, then to the left, etc.  She finally reveals they all move on.  Like I said, I am going to love Ellen on this show.

Among those moving on:  Boston native ASHLEY RODRIGUEZ.  When I saw Ashley audition, I predicted that she will be TOP 20.  She has IT!

The second half of the contestants are up today.  Simon reminds them that this could be the most important day of their lives.  Don’t be nervous.  Don’t be boring.  And don’t forget the words.

JAY STONE is up.  He’s the beat boxer from auditions.  Simon stops him mid-audition to tell him that his audition is “ridiculous.”  Ellen injects humor, “Something is wrong with his microphone.”

LILLY SCOTT from Denver auditions is next.  She gives a stellar performance of an Ella Fitzgerald song with an old charm to her voice.  Awesome.  Kara says, “Everything about you is refreshing.”

MICHAEL LYNCHE had a memorable voice from auditions, but everyone will remember him from Day 2 as he announces that his wife is in labor with their first child.  She wants him to stay and go for Idol gold.  He sings “Waiting On The World To Change” and his audition is about to change his world b/c it rocks ours.  Simon says, “Michael, it’s a good day.”  Yes, it is.

DAY 2 continues.  It’s 4:30pm and cancer survivor, JUSTIN WILLIAMS, from Boston is up and so is TIM URBAN from Dallas auditions.  Tim’s audition in Dallas was weak, but Simon felt like something was there and have him a shot.  Can he prove himself in Hollywood.  He sings David Cook’s, “Come Back To Me.”    During his audition, Simon says, “He’s got the voice.”  Kara says his voice got shaky in the chorus, but the audition was pretty good.  I thought it was very good.  He definitely has a pop star look.

JUSTIN is up next.   We only him sing a bar or two of his song, but what we hear is quite good.  The audience is hollering.    Randy calls it “interesting.”  That’s not a compliment.

Judgment:  TIM moves on.  JUSTIN does not.

MATTIE CURTIS is 16-years-old and has two brothers with Down’s Syndrome.  She was well liked in the Boston auditions, but what about now?  She sings a song I don’t recognize and when she is done, Simon says, “That was definitely the wrong song for you.”  Her fate is up in the air.

CASEY JAMES is next.  In Denver, he shed his shirt during his audition, at Kara’s urging.  The guys were not convinced of his vocal skills, but Randy relented and sent him on to Hollywood.  Can he cut it or will he be cut?  He plays blues guitar and gives what I think is a great audition.  Randy says, “Dude, I loved that.  You really are a real singer-songwriter.”

The last group of the day is set to perform.

DIDI BENAMI from the LA auditions is up.  She’s waitress who hopes her days of waiting tables are over.  She sings “Terrified” by judge Kara DioGuardi.   She kills it.  Great audition.  Simon says he really likes the song.  “I thought that was terrific.”

CRYSTAL BOWERSOX, a single mom from the Chicago auditions is next.  She gets a tattoo for good luck before Hollywood Week.  She sings an acoustic version of Aretha’s “Natural Woman.”  She too kills it.  What a strong voice.  Very solid.  Simon says, “You’re infectious.  People like you.  You’re real.”