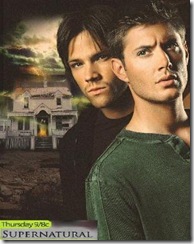 The CW asks ‘What’s Black and White and Scary All Over?’

Of course the answer is Supernatural’s 4.05 episode Monster Movie and this coming Thursday, October 16th at 9/8c, the CW Network is telling viewers not to adjust their set. In a bold production move, this episode of Supernatural was filmed in black and white as a homage to the classic horror movies of bygone days.

In Monster Movie, Sam and Dean Winchester (Jared Padalecki and Jensen Ackles) travel to Pennsylvania to investigate murders at Oktoberfest where they encounter victims that seemed to have been attacked by vampires and werewolves: but not in the manner that the Winchester brothers know these types of supernatural creatures to kill their victims. It seems they may have a shape shifter on their hands with a penchant for taking on the form of classic horror monsters.

Just by watching the preview clips of this episode provided by Warner Bros./The CW Network, you can get the sense that filming this episode in black and white is more than just about being a homage to classic horror movies of yesteryear. It also seems to have a deeper meaning for the characters of Sam and Dean Winchester. Take a look at the clip below as the brothers are heading to Pennsylvania in the Impala and are discussing the case. Note that while Sam is preoccupied with concerns about the the threat of demons being the  world  to an end Dean just wants a break from all of that and to have things go back to being ‘black and white’ for them, back to a simpler and more straightforward ‘Monster hunting gig for the Winchesters’. 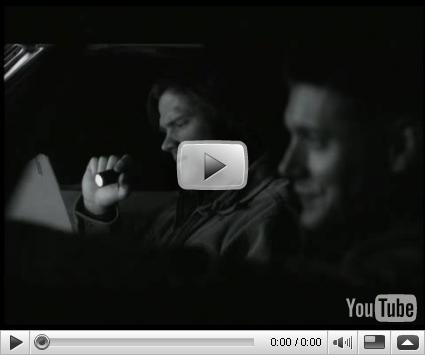 Speaking of meanings, in another clip provided by Warner Bros./The CW Network Sam and Dean have a conversation about Dean calling waitresses in an establishment ‘bar wenches’. Sam says “I don’t think women in this day and age react very well to the whole ‘wench’ thing.” Of course Dean impishly calls out to the pretty blonde waitress, “hey bar wench, were’s that beer.” The next we see is Sam watching on in amusement as Dean strikes out with the pretty and buxom waitress after giving her his self-aggrandizing pick up line.

This left me to wonder was this the cast and productions way of acknowledging the often heated debate among fans about what some perceive as Dean Winchester’s seemingly sexist attitude towards women or was it just Dean being Dean?  Certainly a possible question to ask Ackles or Padalecki when they make their convention appearance next month at the Creation Convention Salute to Supernatural in Chicago Illinois. 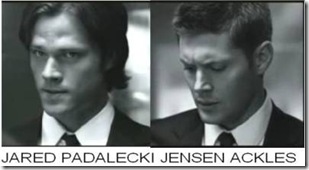 Monster Movie looks to be another intriguing episode of Supernatural season 4 and hopefully another ratings winner for the show. The writing, acting and overall storytelling for this season has been phenomenal so far and well deserving of the high ratings marks it has been getting since the season four premiere episode. On a completely shallow note, While they are always nice to look at in Supernatural, Jensen Ackles and Jared Padalecki both have facial structures that were born to be filmed in black and white. Both actors look absolutely stunning in the episode clips for Monster Movie as the play of light and shadow created by the black and while filming process brings an ‘old Hollywood’ style aura reminiscent of Clark Gable and Errol Flynn to these two handsome and talented young actors.

So tune into the CW Network this Thursday, October 16th at 9PM EST to catch this brand new fourth season episode of the hit series Supernatural.