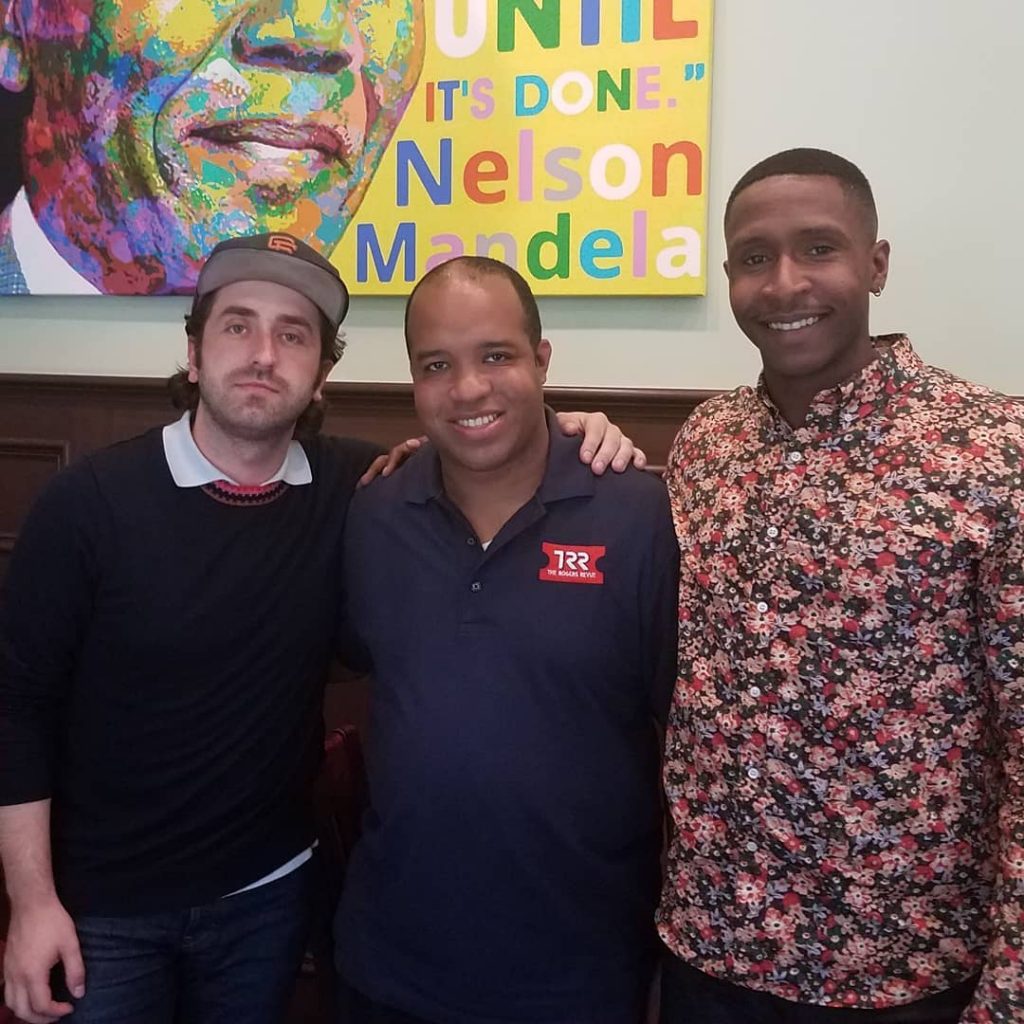 Dean on the Scene with an exclusive interview with the director and star of the upcoming film “The Last Black Man in San Francisco”. Jimmie Fails dreams of reclaiming the Victorian home his grandfather built in the heart of San Francisco. Joining me to talk about this new A24 film that opens in DC Friday is director, producer Joe Talbot and screenwriter and star Jimmie Fails!

One of the questions I want to ask is, I’ve read about your partnership. You’ve had a partnership for a long time. You met when you were young kids, and you worked on another short film called “American Paradise;” and I want to know how did working on “American Paradise,” a short film, transition into the relationship you have with “The Last Black Man?”

Joe Talbot (Director. Producer, Screenwriter, Story): Well actually, “American Paradise” is something we did long after we started talking about “The Last Black Man.”

Jimmie Fails (Story, Actor): We actually tried to get “Last Black Man” made sort of before we shot “American Paradise.”

Jimmy, how did you and Jonathan create the brilliant, and I mean wonderful, brilliant chemistry that we witnessed onscreen with Jimmy and Montgomery?

JF: By meeting each other.

JF: That’s really all that needed to happen. Soon as I met him, it was like I’d known him for years. So that is all real. That’s all real on camera.

How did you find the house to portray the home that we see in the film? It’s a great Victorian house, especially since Victorian styles are one of my favorite homes I ever wanted to live in.

JT: Mm-hmm. We were looking for that for over a year. Trying to find a house to capture all of the magic that we felt was necessary for the story, and the house in the movie was a house I used to drive by when I was a little kid with my mom. And we would pick out our favorite Victorian because we also loved Victorian houses.

JT: And that was one, so we went and knocked on the door, and this wonderful old man brought us inside and was gracious enough to let us film there, which was asking a lot because film crews are disruptive, they’re big, they’re noisy.  And yet, he opens his house to us, and open arms and I think he is just a great San Franciscan, you know?

JT: Yeah, his name is Jim too, so it felt fated.

That’s great. Joe tell us about how you illustrate the changing city, using the surreal but dark touches to portray San Francisco, because it feels like San Francisco is its own unique character.

JT: I think San Francisco is both obviously a place that holds a lot of beauty, aesthetic beauty, but it also a place to feel so much surreal these days, because at times it feels like the city has lost its mind. And so, I think the combination of that feeling walking down the streets, seeing that feeling in different places that you look in combination with the deep love native San Franciscans have for their city lends itself to a very strange and peculiar feeling, and I think that’s part of what we wanted to capture.

And it definitely feels like it really captured it, because as you two are San Franciscans, I’m a native Washingtonian, and I feel when I’ve been in the area thirty plus years, I want to see the best of the city, but I know the city from old town Alexandria to what they’re building across the street here.

Why do you feel it’s important to tell this amazing story? Because I have my reasons, but I want to know your reasons.

JF: It was just important for us to document the city that made us who we are, but also, telling the story like you said. When people contacted us and told us how much they related to the story, that’s what made us feel like…me, more so too, but it being so personal to me, that’s what made it feel like it needed to be told. Because people were responding to it.

How about you, Joe?

JT: I felt the same way. I mean, I think we’re trying to make a Valentine to San Francisco.

JF: Because we love it so much.

JT: Because we love it, but we also have our problems with it, and I think we wanted to make a story from the inside about a city we have these complicated relationships with.

So, it took you five years to film the story, and I wanted to know what were some of the challenges to get that from the screenplay to what we see?

JT: I think when you’ve never made a movie before, and you don’t have huge people involved in the onset, it’s really difficult because you need money, you need a crew. The number of things you need are almost overwhelming, so we kind of began humbly, just me and Jimmie, a couple of friends of ours and my brother all working on it in its sort of earliest iteration when it was not much more than an idea before we had a script. Over a course of a few years, more people came on to help us do this.

And so, those little steps forward made it feel more possible and about three and a half, four and a half years developing it before we met Christina Oh, who works at Plan B Entertainment. She and Jeremy and Dede, who run Plan B, got on A24 to finance the movie and the rest is history.

Talk to us about working with this amazing cast. We have Danny Glover; we have Jonathan Majors, Rob and Tichina, and we have the Greek chorus, who really feel like the backbone. And not only that, you hired San Franciscan actors to help fill in those roles. So, tell us about the casting process.

So yeah, we had to put some of our childhood friends in there. Some of those people are important to a lot of the scenes in the movie and stuff like that, so I think it was important to have that feel of San Francisco love to it, and Danny Glover is just a dream, you know? He called me personally, before we even cast him. He just called me and said, “so what’s up with this man? Explain to me,” you know what I mean? So… yeah

Wonderful. Your film premiered in Sundance, but the toast was premiering in San Francisco at the Castro Theater. Tell us about that experience.

JT: We love our city, and he’s got a lot of history at the Castro as well. He used to work there; we got our first jobs.

JT: He’s been going there since he was a kid, and I’ve been to the Castro Theater a few times, but (?) the movie, I fell asleep. But yeah, man, it was just important to have people from all over the city from all different areas of the city, just all together, just fell like so much love and everybody was so reactive to the movie that it was just one of the best nights of my life.

Be sure to catch this amazing as it arrives in DC Theatres this Friday and check out my second part of “The Last Black Man in San Francisco” interviews with stars Rob Morgan & Tichina Arnold!