Today video game devoloper Konami has released a partial song list for their upcoming game DanceDance Revolution 2 which is to be released on October 11th, 2011. According to Konami –This year offers more sound euphoria, as the KONAMI team in Japan has teamed with western recording artists Vanilla Ice and Maxi Priest to create original music for the game. Branching out to create new tracks with established artists will create a new sound for the franchise and extend the popularity to the fans of both Vanilla Ice and Maxi Priest–. Dance Dance Revolution 2 is expected to be an improvement from the previous DDR and include over 80 songs from some of today’s biggest hits and memorable classics from the arcade versions as well as past console versions. Here is their current partial song list: 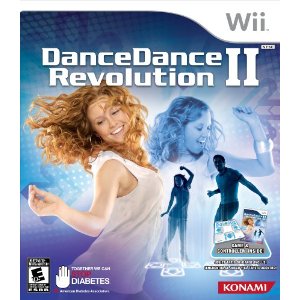