It’s an especially entertaining episode of GeekScholars Movie News this week as the hosts reveal their June 2014 Rotten Tomatoes and Opening Box Office Predictions! Hit the jump to see which movies are discussed as well as what else is covered in the show! (or just hit play above)  END_OF_DOCUMENT_TOKEN_TO_BE_REPLACED 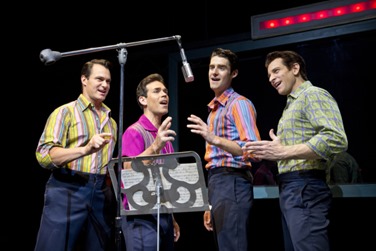 After directing films like Unforgiven and Million Dollar Baby to critical and popular success – and winning the odd Oscar® – the last thing anyone expected Clint Eastwood to do was adapt a Tony Award-winning musical about ‘60s group The Four Seasons (Big Girls Don’t Cry, Sherry, Walk Like a Man). Which was probably why he did it.

Warner Brothers UK has just released a trailer for the movie – which features the stars of the Broadway hit – and it looks very interesting. Check it out after the jump. Jersey Boys will premiere on June 20th.

END_OF_DOCUMENT_TOKEN_TO_BE_REPLACED 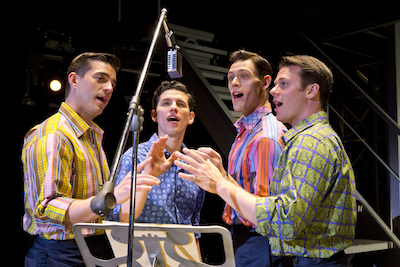 The timeless music and true-life story of Frankie Valli and the Four Seasons are the fuel that drives the Broadway production of the catchy and fun Jersey Boys. After years of waiting, the National Tour finally made a stop at Baltimore’s beautiful, refurbished Hippodrome Theatre at The France-Merrick Performing Arts Center.