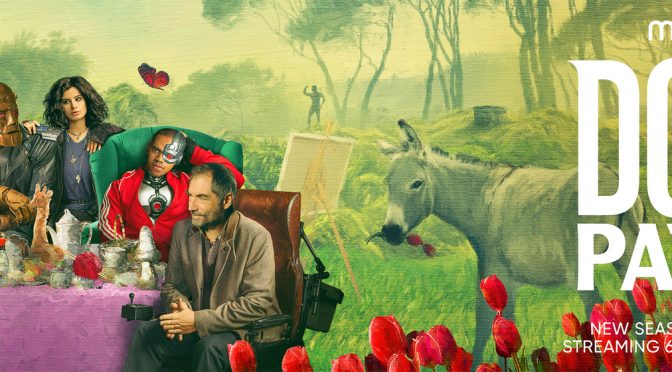 The World’s Strangest Superheroes are back and their greatest foe might just be (dun! Dun! DUN!) their boss’ daughter!

HBO Max has unleashed (and that is definitely the right word) a trailer for Doom Patrol: Season 2 – premiering three episodes on Thursday, June 25th – then weekly for six weeks.

END_OF_DOCUMENT_TOKEN_TO_BE_REPLACED

DC Universe has released a holiday teaser for Doom Patrol.

Set to tiny Tim’s rendition of Tiptoe Through the Tulips, our heroes pose for holiday photos while we hear their thoughts on the subject.

END_OF_DOCUMENT_TOKEN_TO_BE_REPLACED Furry Vengeance is an eco-fable with a concrete fist in an iron glove. The tale of a developer who moves his family from Chicago to an Oregon forest to build an idyllic housing development only to become the target of an angry Mother Nature has its heart in the right place but everything else is an utter failure.

END_OF_DOCUMENT_TOKEN_TO_BE_REPLACED 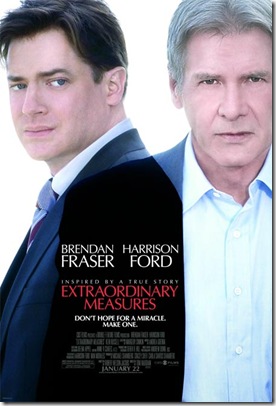 CBS Films makes its debut with Extraordinary Measures, a fact-based [if compressed and composited]tale that follows a family where two of the three children have Pompe Disease [a rare form of Muscular Dystrophy] and a curmudgeonly scientist who is persuaded to move from pure research to developing a treatment for the disease.

END_OF_DOCUMENT_TOKEN_TO_BE_REPLACED 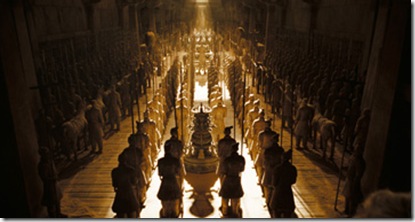 New Line’s Journey to the Center of the Earth is a flimsy plot – loosely based on Jules Verne’s novel of the same name – used to set up a string of wild [and at times gross and/or grotesque] 3D effects. The good news is that the combination of cast and CG effects make it – literally – a great ride.

Trevor Anderson’s [Brendan Fraser] work on seismic effects is threatened by a lack of results. When his nephew, Sean [Josh Hutcherson], comes to visit, a comment on his dad’s favorite book [guess…] leads to the discovery that seismic shifts lead to an unexpected location – and the figures match, precisely, those from the time when Trevor’s brother, Max, disappeared. The figures lead Trevor and Sean to Iceland and a mountain guide, Hannah Ásgeirsson [Anita Briem], whose father was a colleague of Max’s. Before you know it, the three are at the center of the planet!

Outside of encounters with luminescent birds, extinct dinosaurs, piranha the size of Great Danes and other odd occurrences, that’s all there is to it. What makes it work is that Fraser, Hutcherson and Briem give themselves over to the thrill ride completely. The screenplay, by Michael Weiss, Jennifer Flackett and Mark Levin, gives our heroes plenty of exciting situations to deal with – and a number of good [if not terribly memorable] lines to keep us the edges of our seats. Eric Brevig’s direction is frenetic enough that, even with a few pauses for breath and a bit of emotional interplay, the film zips by in a compact ninety-three minutes – without feeling too short. The 3D is generally very good, though there are a few places where it is outstanding. My personal favorite [which is to say, the one that made me jump the highest] involves a piranha – and I guarantee you won’t see it coming [sorry…].

It’s a pity that Journey to the Center of the Earth opens the same weekend as Hellboy II and the new Eddie Murphy movie [which is likely not half as much fun]. It would be a shame to see it get lost in the box office shuffle. It’s far too much pure fun for that.