END_OF_DOCUMENT_TOKEN_TO_BE_REPLACED

SundanceTV is celebrating Black History Month and the 40th Anniversary of the original Roots miniseries from 1977 with a four-day event.

Beginning on Saturday, February 25th, the network will air the original Roots miniseries and its 1979 sequel, Roots: The Next Generations.

Frequently named as one of the most important works in scripted television in history, “Roots,” won 9 Emmy® awards, a Golden Globe award, a Peabody award, and still stands as the most watched miniseries in the U.S.

END_OF_DOCUMENT_TOKEN_TO_BE_REPLACED 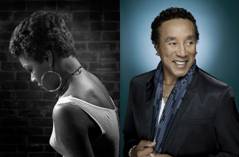 Maya Angelou: And Still I Rise and Smokey Robinson: Library of Congress Gershwin Prize for Popular Song are among the many programs that PBS has slated to air during Black History Month.

Emmy-winning docuseries Independent Lens will air two important installments – Birth of a Movement (based on the book The Birth of a Movement: How Birth of a Nation Ignited the Battle for Civil Rights by Dick Lehr) and Accidental Courtesy (an African American musician befriends members of the KKK).

The second season of PBS original Civil War series Mercy Street will premiere in February. Set in Alexandria, Virginia and the Mansion House Hospital, one of the  themes it explores is the role that African Americans — including slaves, free blacks and contraband (African Americans who fled slavery in the hope of securing their freedom behind Union lines) — played in the hospital and the city.