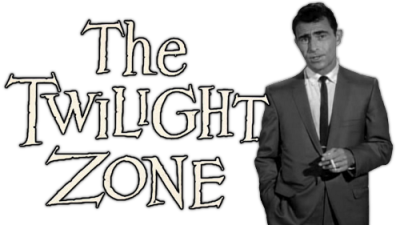 For the first time, Twilight zones will have the opportunity to see Rod Serling’s classic series in hi-def as Syfy airs its 21st Annual The Twilight Zone Marathon from December 30th to January 3, 2016.

That’s something like 89 hours of magic and No-Doze – but considering that even the worst Twilight Zone episode is better than ninety per cent of what’s ever been on TV, it’s a small price to pay. Especially in HD! For more, follow the jump.

NEW YORK – December 16, 2015 — Syfy will take viewers into a dimension as vast as space and as timeless as infinity during its 21st annual New Year’s Eve The Twilight Zone marathon, which will air all 156 episodes of Rod Serling’s legendary TV series in chronological order and in HD for the first time ever on the channel.

The 87-hour marathon will begin Wednesday, December 30 at 7PM (ET/PT), concluding Sunday, January 3 at 12PM. The only interruption will be the telecast of WWE SmackDown® on Thursday, December 31 from 8-10PM.

Among The Twilight Zone fan favorites will be Nightmare at 20,000 Feet (starring William Shatner); The Encounter (starring George Takei); Time Enough At Last; Living Doll; To Serve Man and An Occurrence at Owl Creek Bridge.

About Syfy
Syfy is a media destination for imagination-based entertainment. With year round acclaimed original series, events, blockbuster movies, classic science fiction and fantasy programming, a dynamic Web site (www.Syfy.com), and a portfolio of adjacent business (Syfy Ventures), Syfy is a passport to limitless possibilities. Originally launched in 1992 as SCI FI Channel, and currently in 96 million homes, Syfy is a network of NBCUniversal, one of the world’s leading media and entertainment companies.  NBCUniversal is a subsidiary of Comcast Corporation.(Syfy. Imagine Greater.)